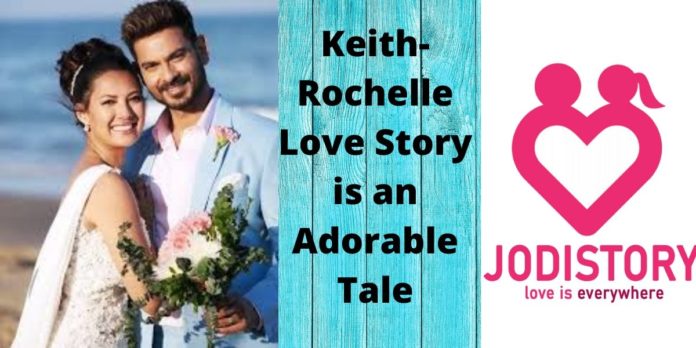 Keith Sequeira and Rochelle Rao’s relationship was no secret from the prying media-world. However, from the duo’s hilarious proposal to their intimate wedding, the stories aren’t unleashed, yet. But now it is high time to reveal the details of such moments. How did they meet? Where did they get married? How did Keith-Rochelle Love Story bloom?

Answers to all such questions are revealed below!

The speculations about Keith-Rochelle Love Story began when they entered Big Boss 9. However, very few know that the duo had met before. Moreover, they got along with each other well and were friends.

Apparently, Rochelle’s transparency and affectionate behaviour impressed Keith. Gradually, they developed feelings for each other. And soon, they started dating.

When the couple’s love story blossomed on Big Boss 9, everyone thought it was due to TRP issues. However, the sizzling chemistry between them proved everyone wrong.

Bigg Boss actually helped the couple to strengthen their relationship. The duo got to know each other’s strength and weakness while living under the same roof. The fans encountered several lovely moments of the couple. And the sensual dance in the last episode just stole everyone’s heart.

Those who say proposal are an easy thing to do, have never heard the stories of Keith’s proposal. The man wanted to propose to his lady-love in a very special way. But fate had other plans.

The first time, he planned to do it at the Andaman and Nicobar on the New Year. He thought of building a sandcastle and surprising her with a ring in it. Unfortunately, they couldn’t make the trip because Rochelle got an offer from the “Kapil Sharma’s Show.“The second time he anticipated it at the trip to Himachal Pradesh in a snowfall. But Rochelle cancelled the plan. She asked Keith to go alone but then the plan was already ruined.

Apparently, the couple had a fight over the trip. Rochelle got upset. Some days later, Keith came over and they watched the movie together. Out of the blue, he popped the question and course, the girl said yes! The couple took to IG handle to share the happy news.

On March 4, 2018, the couple tied the knot in an intimate ceremony. Rochelle wanted a destination wedding and Keith was happy to oblige. They zeroed it to Mahabalipuram and had a Christian wedding.

The bride looked stunning in her white gown whereas the groom looked sexy in his blue blazer. The beach pictures complemented well with the wedding decors and preparations.

Again the couple shared the happy news via their social media handle.

Apparently, the couple has been together for long. Their understanding and compatibility keep their relationship afloat. The sizzling chemistry is obviously like an icing on the cake. Life after marriage suits them well. No wonder, Keith-Rochelle Love Story is an adorable tale.