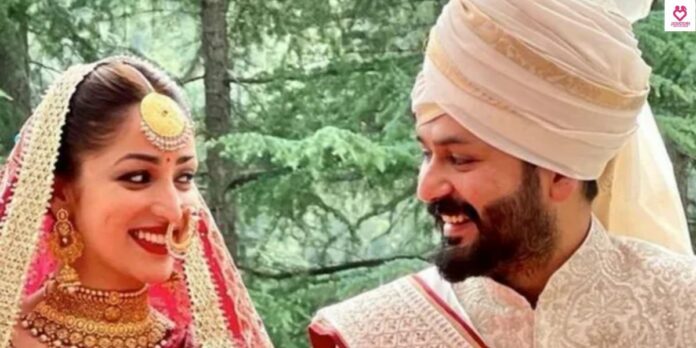 Yami Gautam, who married director Aditya Dhar in June, recently claimed that their wedding was more of an unplanned affair than a planned one. She stated in an interview with a journalist she said that despite the fact that it was not planned, it turned out to be the finest possible outcome.

On June 4 of this year, Yami Gautam married Uri filmmaker Aditya Dhar, a Kashmiri. She said that they simply intended to get engaged and then wait a while before exchanging vows. Her maternal grandmother, on the other hand, persuaded her to marry because “engagement was a part of their tradition.”

You may be surprised to know that Yami was even considering taking their families along for her honeymoon. She said, “Honestly, my sister and everybody was asking, ‘Where will you all go?’ I said, ‘Wherever we go, you all have to come. She said, ‘What? How ridiculous is that? What kind of a Barajtya family film are you making?’ But you know that’s who we are. We love having our families around.”

On the professional side, Yami will next be seen in Pawan Kripalani’s Bhoot Police, which also stars Saif Ali Khan, Arjun Kapoor, and Jacqueline Fernandes. Tips Industries is in charge of the film’s production. She’s also filming Dasvi, a social comedy produced by Dinesh Vijan’s Maddock Films. She’ll also appear in Behzad Khambata’s thriller A Thursday, in which she plays a schoolteacher who kidnaps 16 children.