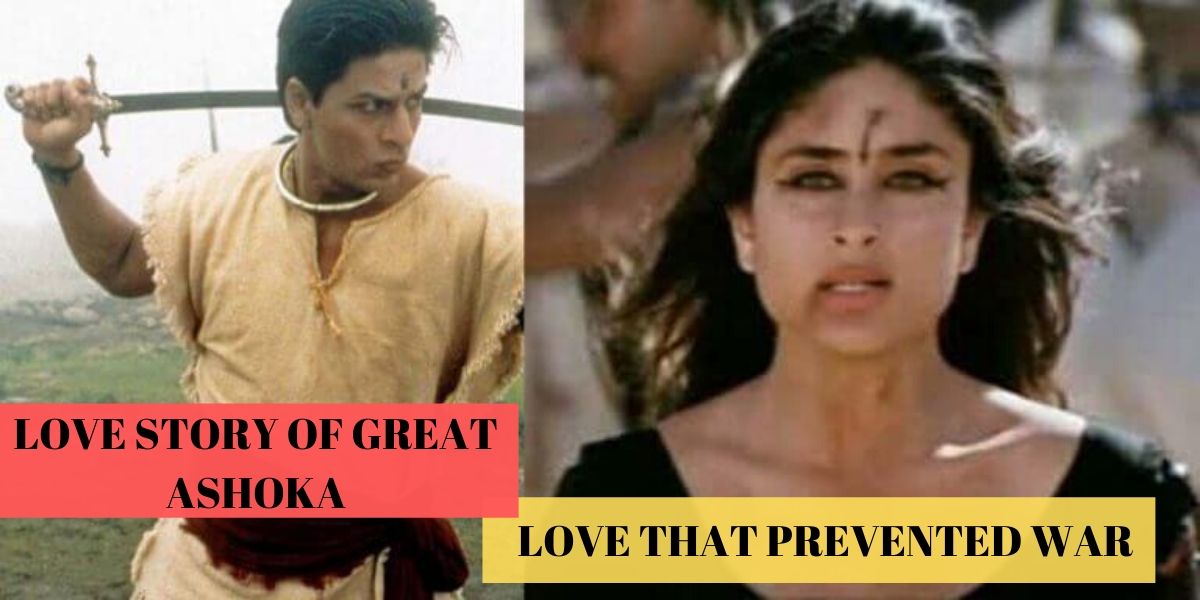 Everyone is familiar with the concept of time capsule these days. The concept of leaving behind a piece of yourself to be discovered, explored and relived by the generations to come. The great ruler Ashoka left behind his time capsules, or we can say, his Edicts. Ashoka love story too exist.

Those incriptions reveal a lot about him and his life. And in one of these Edicts we come across the name- Karuvaki, his wife, his queen, his dearly beloved.

Ashoka’s love story began in Kalinga, which is the present day Orissa. Karuvaki was a fisherman’s daughter in Kalinga. Ashoka met Karuvaki during his exile to Kalinga.

He was taken aback by her beauty and simplicity. Although it wasn’t love at first sight, which you might otherwise think, but there was a spark. Spark that drew Ashoka towards her.

Spark that made him feel the need to know her. Ashoka keenly observed Karuvaki’s nature. He adored her pious and religious nature. Eventually that little spark grew into a burning desire and Ashoka fell in love with Karuvaki.

Ashoka didn’t just fall in love with her beauty but also with her true self, her true self which understood the meaning of love and brotherhood.

Her true self which felt the pain of others and which knew that there was no greater service to God than helping the inferior. Soon Ashoka married Karuvaki.

You might think, Ashoka being a royal born should have chosen a women of his match for marriage, instead he chose Karuvaki, a fisherman’s daughter, a commoner.

You can relate to that can’t you, when you are in love with a person nothing matters but that person’s heart, nothing matters- not their bank balance, their car, their home, nothing.

What matters is the beautiful heart and the true love that you both share. Ashoka was no different. He gave love superiority.

Although it wasn’t an impulse, Ashoka took time to know her, to study her and that is what made him fall in love so deeply.

Following marriage he went back to his kingdom where he gave Karuvaki the respect that a queen should get. Ashoka used to take into consideration Karuvaki’s opinions and suggestions, and would work on those.

This clearly depicts his deep seated love and dedication towards his wife. As well as it shows that she was not just beauty, she was beauty with brains.

Love, or the person we love, generally brings a lot of changes in our lives for good. Same was the case with Ashoka, Karuvaki had a huge influence on his life, which brought changes, but for good.

Following the adoption of Buddhism by the great ruler, Karuvaki like any other wife, stood by her husband and helped him. This common interest of Buddhism brought them closer and tied them in an immortal string of love.

Is there anything better than having your lovers support in everything that you do? Can you ask for anything more? You can’t, and neither could Ashoka. Karuvaki gave it to him all- her love, care and dedication.

As we see, with time their love only grew and grew. And it grew to the extent that Ashoka felt the need to write Karuvaki’s name on the pages of history for people to read and experience the immense love that they shared.

Ashoka engraved her name on one of this edicts- the Queen Edict, which gives us a glimps into Karuvaki’s life and makes us realise why was Ashoka so much in love with her.

Karuvaki is his only wife to be ever mentioned in his edicts. Ashoka truly immortalised their love and made sure that whenever people remember him as the great ruler, they remember Karuvaki too, as his beloved queen.