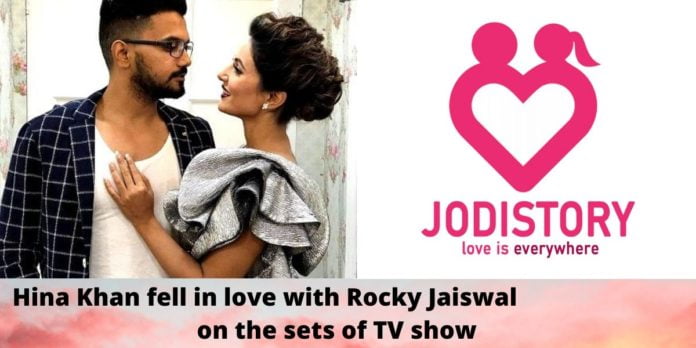 Hina Khan is a household name. With her exemplary acting skills, flawless looks and charming personality, the girl has paved her path to success. However, there is one lucky guy, who has already stolen Hina Khan’s heart. Rocky Jaiswal, a producer by profession, is the lucky man. But how did Hina Khan’s Love Story bloom?

Hina Khan made her TV debut with the show, “Yeh Rishta Kya Kehlata Hai.” Rocky served as the supervising producer for the show. Rumour has it that their love story bloomed on the sets of this TV show.

Hina’s tenacity and determination towards her work impressed Rocky. Her honesty is another aspect which made him fall head over heels in love with her. First, their friendship blossomed and gradually love crept its way into their hearts.

However, the couple kept their relationship under the wraps.

Later Hina appeared as a contestant in Khatron Ke Khiladi season 8. She posted a picture of her and Rocky on her Instagram handle. She was homesick and was missing Rocky terribly.

Surprisingly, Rocky appeared on the show. The two even performed a stunt together. Since then, the speculations as to the Hina’s relationship with Rocky started circulating.

However, Hina simply claimed that they are best friends.

Rocky’s proposal to Hina on the national television

Hina also participated in Big Boss, season 11. Little did she know, the show would change her life forever. This show marked the journey of Hina’s new life.

Rocky made an appearance on the show and popped the question to his lady-love. Obviously, Hina agreed. Later she revealed that the moment was unexpected yet the happiest of her life. She would always cherish this moment forever.

However, the speculations are ripe as to Hina-Rocky’s marriage. But the Kasauti Zindagi Kay actress simply remained adamant on not marrying before a couple of years. Rocky and Hina have an understanding and quite happy with their relationship. They are simply focusing on their respective careers rather than marriage.

Must Read the following

The couple has known each other for a very long time. Their devotion and commitment towards each other is commendable. Definitely, there is some time before there wedding is in line but till then one can only hope for the news of their happy marriage.