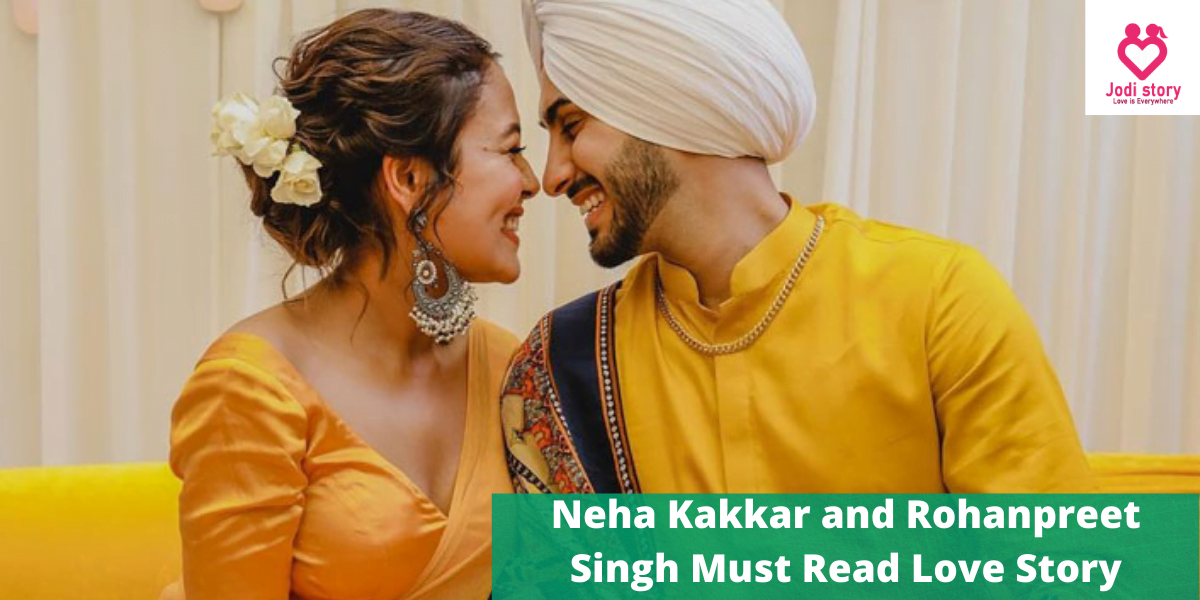 Neha Kakkar is a famous Indian singer. She came into the film industry through Indian Idol telecasted on Sony. And now she has married Rohanpreet Singh. Neha Kakkar and Rohanpreet Singh Love Story, At First Sight, is very beautiful and eye-catching.

Rohanpreet Singh is a famous Punjabi singer. He fell in love with the one and only Neha Kakkar at first sight. The leading singers are a famous and cute couple for all their fans.

Neha Kakkar and Rohanreet first met on the set of Nehu Da Vyah. The couple was not even aware that the things that Neha wrote would become true one day. At the very first instance, Rohan made a connection with Neha.

The first meet of the coupe changed their life forever.

How did Neha Kakkar and Rohanpreet fall in love with each other?

Neha and Rohan fell in love with each other at first sight. But they were not able to express their feelings. Neha was impressed by Rohan’s good looks and polite behavior.

Rohan was falling crazily for Neha from the very first sight because of her down-to-earth behavior.

One fine day, Rohan grasped the courage to propose Neha. He was very nervous and worried. Deep down he was shivering with the fear of rejection. But all his fears were proved futile when Neha very beautifully accepted his proposal.

When did Neha and Rohanpreet got engaged?

Neha and Rohan go engaged on the 21st of September 2020. Their roka ceremony happened in Mumbai. And their event was a close affair because of the Covid 19 pandemic. This happened before a month of their song’s reveal.

Marriage of Neha and Rohanpreet

Neha and Rohan’s wedding festivities were spread over Delhi and Chandigarh for several days.

The wedding celebrations started in Delhi with haldi and mehendi ceremony. The sangeet night happened on the 23rd of October, 2020.

And the very next day they got married in an Anand Karaj ceremony at a gurdwara in the morning. In the evening, they tied the knot according to Hindu rituals.

Neha, Rohanpreet, and their families then headed to Chandigarh for a lavish reception on October 26 at The Amaltas.

Later, Neha and Rohanpreet were enjoying their honeymoon in Dubai, and staying at the Palazzo Versace hotel. The two have been sharing glimpses from their romantic getaway on Instagram stories.

Neha and Rohan are the cutest and the sweetest couple. You must see their cute pictures together. I promise they will be a respite for you amidst all confusion and mess.