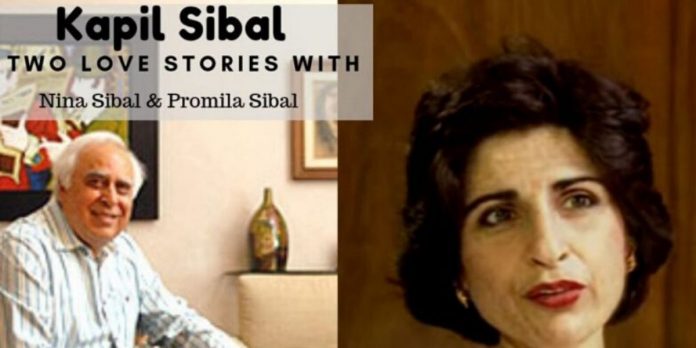 Kapil Sibal was born on 8 August 1948 in Jalandhar Punjab. He is a child of the migrated family. Actually, Kapil’s parents were migrated to India during partition. After finishing his schooling Kapil moved to Delhi University for his LAW DEGREE. In fact, Kapil qualified IAS in 1973.

But he declined the appointment letter. And moved to Harvard Law School. For his next degree in law. In 1989 Kapil Sibal was appointed as Additional Solicitor General Of India. He served himself as the President of the Supreme Court from 1995 to 2002.

Kapil is a famous lawyer & politician in India. He served various ministries in the Congress. For instance- the Ministry of Science & Technology, Ministry of Human Resource Development. Ministry of Communication & IT, and the Ministry of Law & justice.

Kapil met Nina in the campus of Delhi University. When he participated in the Collage festival. Nina was also part of the festival. Both Kapil and Nina met on the stage. The pair was playing a lead role in a play Julius Ceaser.

Kapil played the role of Caeser. And Nina became Caeser’s wife. So during the rehearsal of the play. Kapil and Nina fall in love with each other. In fact, Nina and Kapil’s love for the career was the same. But after finishing her M.A in English. Nina also pursued her career in Law.

That is why Kapil and Nina decided to take this relationship at the final stage. The pair married in 1973.

Everything was running smoothly in Nina’s Sibal life. She became the Indian Delegate of UNESCO in 1992. And moved to New York in 1995. Then she became a director of Liasion Office there. But in 2000 Nina Sibal diagnosed with BREAST CANCER.

After so many efforts doctors could not save Nina Sibal. And after that Nina died of cancer on June 2005.

After five years of loneliness, Kapil Sibal got his love again. Although the lady was not Nina. The lady was Promila. Kapil Sibal and Promila married in 2005. They have started their media channel TV Tiranga in 2019.

AlthoughBarkha Dutt. A senior Journalist of TV Tiranga has filed complain against Promila Sibal. That the Sible couple is not paying the salary. And 200+ staff are suffering for six months. Barkha accused PROMILA SIBAL. For using abusive language with the female staff of the channel.