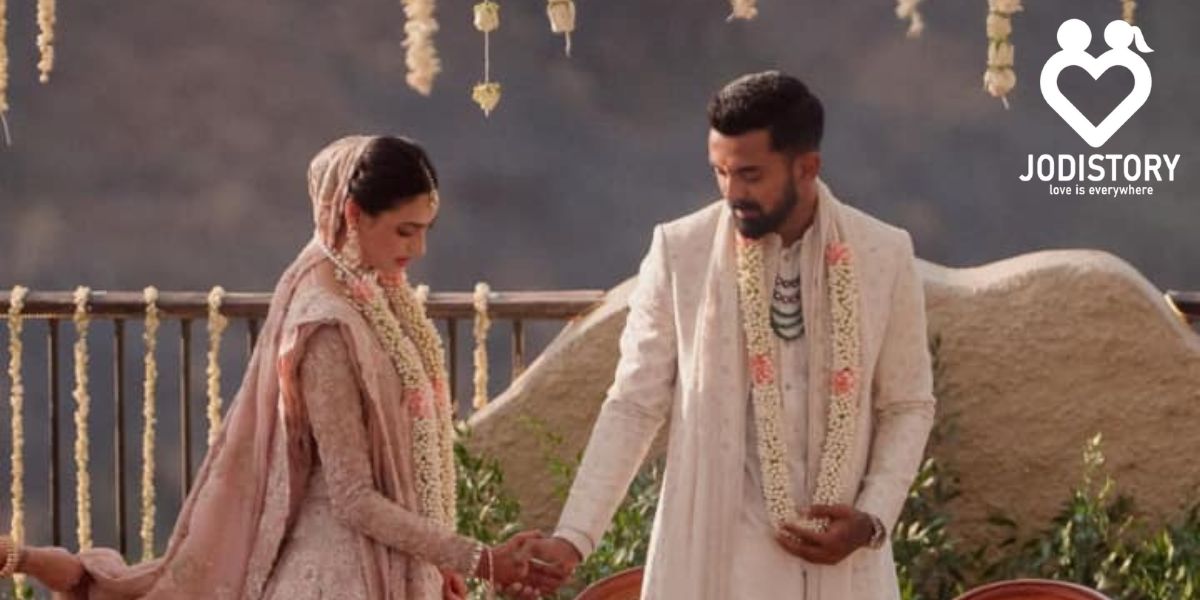 When we talk about cricket & B-town relationship, we can find many love stories. Either we see Virat Kohli & Anushka Sharma or Yuvraj Singh & Hazel Keech or Sharmila Tagore And Mansoor Ali Khan Pataudi. There is always a love angle between the cricketer & actress. Nowadays there is a buzz about Athiya Shetty & KL Rahul love story because the couple tied the knot on 23 January 2023. Here we go to read their romantic tale. Keep scrolling!

Cricketer & actress love stories are always there. We can see any generation & can easily find cricketers who are married to an actress. Same as Athiya Shetty, a renowned name in Bollywood & KL Rahul, vice-captain of the Indian cricket team.

Athiya Shetty: A Star in the Making

Athiya Shetty (born on 5 November 1992) is an Indian actress who made her debut in Bollywood in 2015 with the film “Hero“. She is the daughter of veteran Bollywood actor Suniel Shetty. With her beauty, talent, and strong work ethic, Athiya is rapidly rising to fame and is highly regarded by both audiences and critics alike.

Introducing KL Rahul: The Cricket Star on the Rise

KL Rahul(18 April 1992) is an Indian cricketer who is considered one of the most promising young batsmen in the country. He made his international debut in 2014 and has since established himself as a key player in the Indian cricket team. Rahul is known for his stylish batting and has become a fan favorite for his ability to deliver under pressure. Being on feild or off feild this person is always in news eith because of his game or his love life.

KL Rahul & Athiya Shetty were on vacation when they first met each other. They were on a usual vacation. But who knew, this vacation has a great surprise for them. This is going to gift them a life partner.

They first met through a common friend in 2019 on vacation to each other. It was considered that they become friends back then. They were found reacting to each other’s posts after the trip. Their fans were suspecting that they are dating.

Kl Rahul & Athiya Shetty always kept their relationship a secret. Rumors were always there but the couple never excepted the rumors. However, the couple neither denied it too. “Keep it private until it’s permanent” is the quote that which the couple has gone with.

We all know Sunil Shetty. The rough tough hero of Bollywood. He is the father of Athiya Shetty. When we think of him as a father of a girl who is in love, many of us imagine him with a filmy, strict, possessive father look.

But it’s a saying Never judge a book by its cover. That fits well on Sunil Shetty. As he always helped his daughter in keeping her relationship away from the limelight.

Whenever Sunil Shetty was asked about their dating rumors he used to either change the topic or not reply at all. And that’s how he shows his unsaid support to the couple.

The couple never excepted the rumor of dating each other but yet keep dropping hints of their relationship. We say in hind “Samjhdar ko ishara he kafi hota hai.” Athiya is proving cute couple goals by slaying her look in KL Rahul’s clothes. We can see her several times wearing the clothes of KL Rahul. Isn’t this so romantic?

Athiya Shetty & KL Rahul made the relationship official on her birthday

And finally the couple made it official. The hush-hush relationship has taken a new turn. On the occasion of Athiya Shetty’s birthday, KL Rahul posted a cute picture of them together with a caption full of kinship.

It was the time when fans went crazy & their comment section was flooded with wishes from friends & fans. This made it clear that the couple is making their relationship official & taking it to a new level.

How romantic it is when our partner holds our hand in public. This gesture is loved by all of us. It is as romantic as announcing. Announcing to the world that yes, we are in love.

This is the same way Athiya & KL Rahul announced it clearly. Athiya Shetty & KL Rahul made their public appearance as a couple at the launch of the movie Tadap. They were holding hands in front of all Athiya’s family.

How did Athiya and Rahul met?

Rahul & Athiya Shetty were on vacation when they first met each other in 2019. They met trough a common friend. They were on a usual vacation. But who knew, this vacation has a great surprise for them. This is going to gift them a life partner.

Is Rahul engaged to Athiya Shetty?

When did Rahul and Athiya Shetty get married?

Who is Athiya Shetty marrying?

There is good news for the fans of Athiya & KL Rahul. Finally, their wait is over. Their favorite couple is officially together. Finally they are married. Now it’s not Miss Athiya Shetty, it’s Mrs. Athiya Shetty.

Athiya Shetty & KL Rahul finally tied the knot on 23.Jan.2023. It was a close wedding with family & friends. Father Sunil Shetty confirmed the news by saying “I am a father-in-law now“.

What to learn from their relationship?

Athiya Shetty & KL Rahul Love Story teaches us a very important lesson. The lesson is “keep it private until it’s permanent”. This is the most needed lesson for this generation. We have taken this quote very wrong that we forget the difference between private & secret.

Some of us are either too loud about our relationship or too secretive. We need to keep it balanced. We should know when to make it official & when to keep it under wraps. This is just to learn.