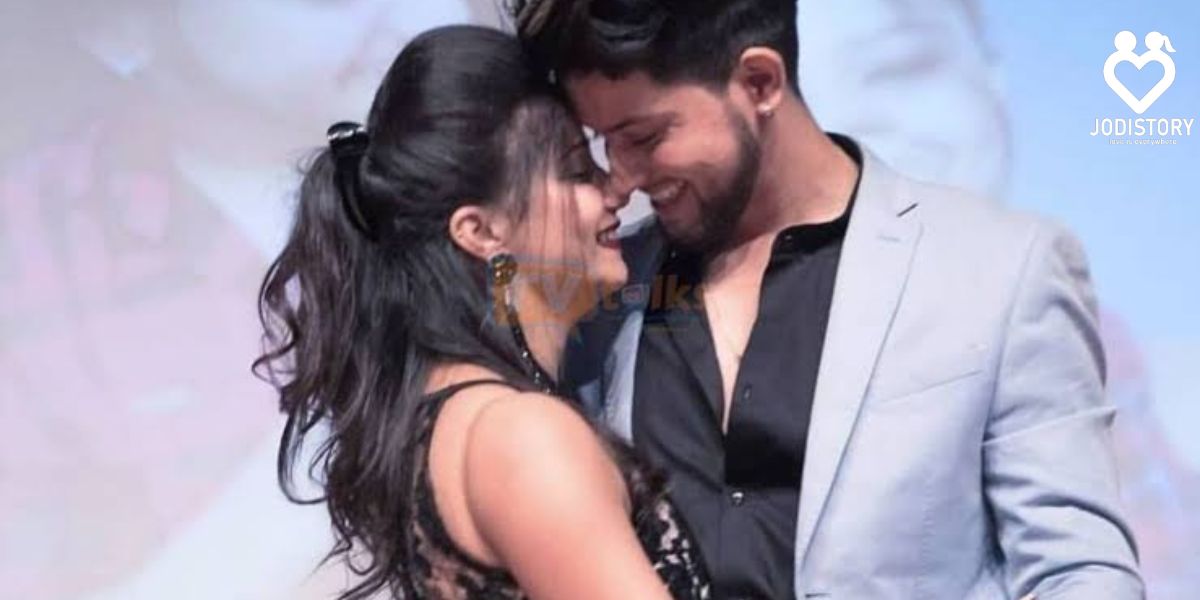 Who are Khushi Chaudhary and Vivek Chaudhary?

This couple had a sweet yet very troubling love story. The big hurdle in their story was their different castes.

It was tough for them to convince families to their marriage. But, they did it! And today they are role models for all the young couples out there.

Vivek Chaudhary is basically from Uttrakhand and Khushi is from Punjab. Before, marriage Khushi was known as Khushi Punjaban because of being Punjabi.

After completing 12th she came to Delhi to excel in her modelling career. She used to do some modelling shows and hosting.

During one of the modelling shows, Vivek was a judge and Khushi was on the ramp. There Vivek saw Khushi and fell in love at first sight.

He felt her as his wife then and there. He started talking to her after that show.

They became good friends. As they were from the same career background this made their bond more good and relatable.

Khushi Chaudhary and Vivek Chaudhary’s love story begins with “NO”

Since the day Vivek saw her he always felt that she is made for him. He wasn’t able to control his feelings for her and wanted to propose to her for marriage.

They were good friends but Vivek wanted to take this bond ahead of friendship. One day he proposed to Khushi Punjaban.

But, Khushi refused his proposal and told him that she cannot marry him.

Vivek felt sad about this. He always imagined Khushi as his wife. He wanted to spend the rest of his life with her.

But, she rejected his proposal! It was very heartbreaking for him. But, true love never fails! Soon, Khushi after leaving him realized that she also cannot live without him.

She also wants to spend her life with him. And then she also expressed her feelings for him and they finally decided to marry.

After Khushi expressed her feeling for Vivek, Vivek wanted her to meet his family. She was so nervous and excited too!

Khushi Chaudhary was not sure about Vivek’s family’s acceptance of her. She thought that she is a model so his family may not like her.

But, it was all the opposite. Vivek’s family is like a blessing to her. Every girl wants to have a good bond with her In-laws. Here, Khushi Chaudhary got it all without even asking.

She met Vivek’s family and she was so happy meeting them. They are open-minded people. When they saw Khushi they directly decided to make her their daughter-in-law.

Even Vivek’s father told her that she will not be the daughter-in-law of this house. Instead, she is their first daughter and they are blessed to have her.

But, now it was the turn for Khushi’s family. And of course how an Inter-caste marriage can not happen without disagreements!!

Khushi’s family disagreed with this decision of her getting married to a Jaat family being a Punjabi.

Now, again Vivek has to face one more rejection. But, this time he didn’t feel sad or broken.

Khushi was beside him holding his hand and they were ready to face any hurdles to get married.

Vivek and Khushi started convincing their family in all the ways possible. Even, Vivek’s family were also involved in this.

They together tried to convince her family, making them realize that Vivek and Khushi are only made for each other.

Then finally the day came when both families agreed and Khushi and Vivek finally married.

Khushi and Vivek got married. They were living really a Happy married life. But, soon a most heartbreaking incident happened in their family.

Vivek’s elder brother died due to dengue during Covid Pandemic. It shook the whole family. The family had a big loss, that is of a son.

But, the same year Khushi got pregnant and happiness returned to their Home. Everyone was waiting for the baby eagerly.

The couple posted many videos and vlogs during their pregnancy time. People started loving them as a couple from that time onwards.

The way Vivek showed his care and love for his wife was adorable! They started getting a huge fan following.

Then, they got a baby boy. All the members of the family were in tears. They believed that Khushi returned them their lost son!

So, everybody decided to keep the baby’s name on the name of Vivek’s lost elder brother.

And they named him “Raja”. They started posting vlogs with Raja. People loved them a lot!!

When did Khushi Choudhary and Vivek Choudhary marry?

Khushi and Vivek Chaudhary married in 2016.

How Khushi and Vivek Chaudhary met?

Khushi and Vivek Chaudhary met at a modelling show.

Learning from this cute couple

Both Khushi and Vivek Chaudhary were from the same career background. Soon after getting married they started their own career as TikTokers.

People really loved their cute couple videos. After that, they started posting vlogs and videos on YouTube.

They love each other a lot not only in videos or on social media. But, also in their real life.

They are an example of couples nowadays. People really love them, their content and their bond.

It was a tough journey for them as they were both from different communities. But, they didn’t stop! They faced everything together!!