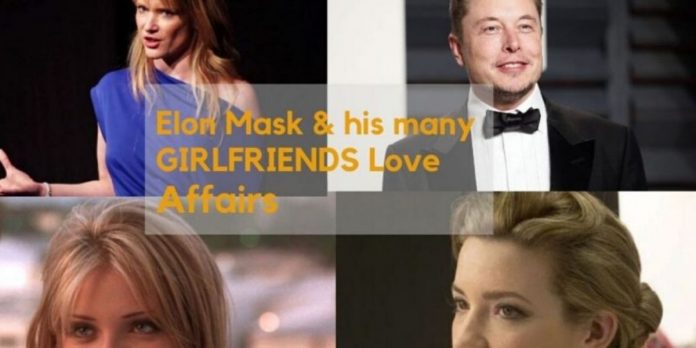 Elon Musk is not an unknown person. We know Musk by his invention in business and technology. Musk gave a new dimension to TESLA and SPACE X. Well, these are his dream venture. But here we are not going to talk about his life and career anymore. In fact, we will discuss his love life. Elon Musk’s love story is as creative as his business. From college days to the owner of a dual company. Elon’s love life turned chapter by chapter. He falls in love six times with five different girls. But destiny did not mercy Elon in his love life.

So I am going to talk about Elon Musk’s colorful LOVE STORY. Let’s have a glimpse of Elon’s past love life and affairs.

It was the college days of Elon when he met his DREAM GIRL. In 1990 when he took admission in Queens University there he met a pretty girl named JUSTINE WILSON. Elon felt a heartbeat for the first time after watching Justine. In fact, Elon asked for a date. Initially, Justine declined the proposal.

But Elon organized an ice cream date for Justine. He brought two choco chips ice cream cone. And the first love story began in his life. After dating for 10 years the pair decided to take their relationship in the final step. Elon & Justine tied a knot in 2000.

A Sad End Of First Love

So many love stories end with the tragedy. And the same happened with the Elon also. Something worst moment pop up between the happy couple. And the pair decided to separate. Finally, in 2008 JUSTINE MUSK & ELON MUSK took divorce. And separated forever.

Also Read: The Love Story of Warren Buffett, Susan Thompson and Astrid Menks: A story of..

Just after a few weeks of divorce from Justine in 2008. Elon came in contact with his second girlfriend Talulah Riley. Riley is an American actress. The love birds dated for two years. And in 2010 Elon married Riley. But luck did not favor Elon in the second marriage too. The pair took divorce in 2012.

After divorce Elon tweeted Riley ” It was an amazing four years. I will love you forever. You will make someone very happy one day.” This shows LOVE for Riley in Elon,s heart. Now move to Elon’s third love girl.

Just after divorce from Riley. Elon came in contact with another American actress Cameron Diaz. But neither Diaz nor Elon stamped their relationship. In fact, a rumor surfaced about their affairs. When Diaz bought Tesla in 2013. After that more rumor pop up as Elon visited Los Angeles to meet Diaz. Although this relationship did not last for long.

Talulah Riley decided to give one more chance to Elon. Elon and Riley tied a knot of their second marriage again in 2013. But a problem sparked between the couple in 2014. Although Elon filed a divorce. But he listened to his heart. And withdraw the divorce.

It seems like love is not in the destiny of Elon Musk. In 2016 Riley filed a final divorce and got approval to. And the pair separated. But Elon did not stop loving Riley. But they remain as good friends.

Elon met Amber Heard when he was in the middle of the divorce process with Riley. Then Amber finally came in his life as a pain killer. But in 2016 the pair did confirm their relationship officially. In 2017 Elon & Amber came publicly. But due to the busy schedule, the couple could not maintain a love life. And the happy couple broke up the relationship.

Elon met Grimes just after break up with Amber. Actually, they met online through a joke. They made the same joke of artificial intelligence. And fall in love with each other.

Publically Elon and Grimes attend the 2018 MET GALA TOGETHER. Well, they are in a relationship. So fans are waiting to hear ringing bells from the DUO. Hope the day will come soon.