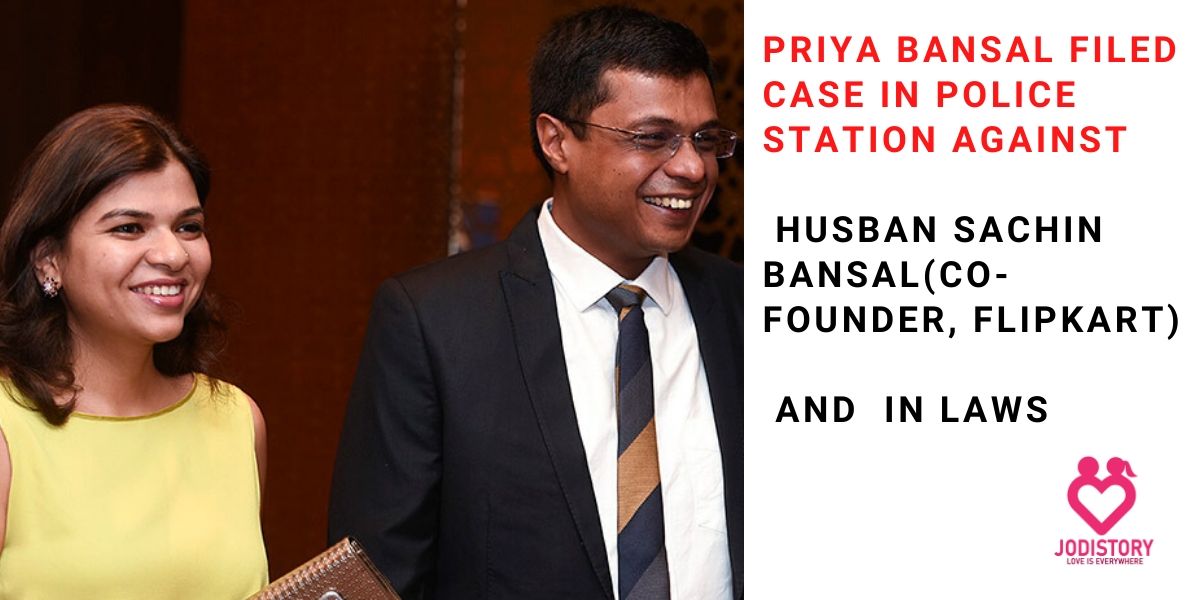 Priya Bansal knocked on the door of police station against husband Sachin Bansal and in-laws. She filed a complaint of dowry harassment in Bengaluru’s police station.

Sachin Bansal co-founder of Flipkart married to Priya in 2008. Whereas Priya blames Sachin Bansal along with father-in-law Satprakash, mother-in-law Kiran Bansal, and brother-in-law Nitin Bansal for dowry harassment since the wedding.

Priya in her complaint to the police station on 28 February she stated that her father spent over 50 lakh in the marriage. And also gave 11 lakh cash to Sachin Bansal’s family.

But it appears that Priya Bansal’s mother-in-law Kiran Bansal filed cased against Priya a week ago. But the reason is still not clear for the case.

Priya made complain that Sachin Bansal physically harassed her regarding property and money. According to Priya, her husband Sachin is demanding full ownership of property which now currently on the name of Priya & Sachin.

In fact, Priya also made complaining about Sachin’s Delhi visit. During his stay in Delhi Sachin sexually harassed her sister as well.

Also, Priya alleged that after refusing to transfer the property to Sachin. Her in-laws started harassing her. And the harassment has been continued since 2019.

Priya filed an FIR under two sections. The section of the Indian Penal Code- 498A (dowry harassment), 34 (criminal intent) and under section 3 and 4 of the Dowry Prohibition Act.

Meanwhile, Sachin Bansal has applied for bail as well on 29 February as mentioned in thenewsminute.com. The news will be updated if any action will be taken on the case. Or if we will get any update on the news.