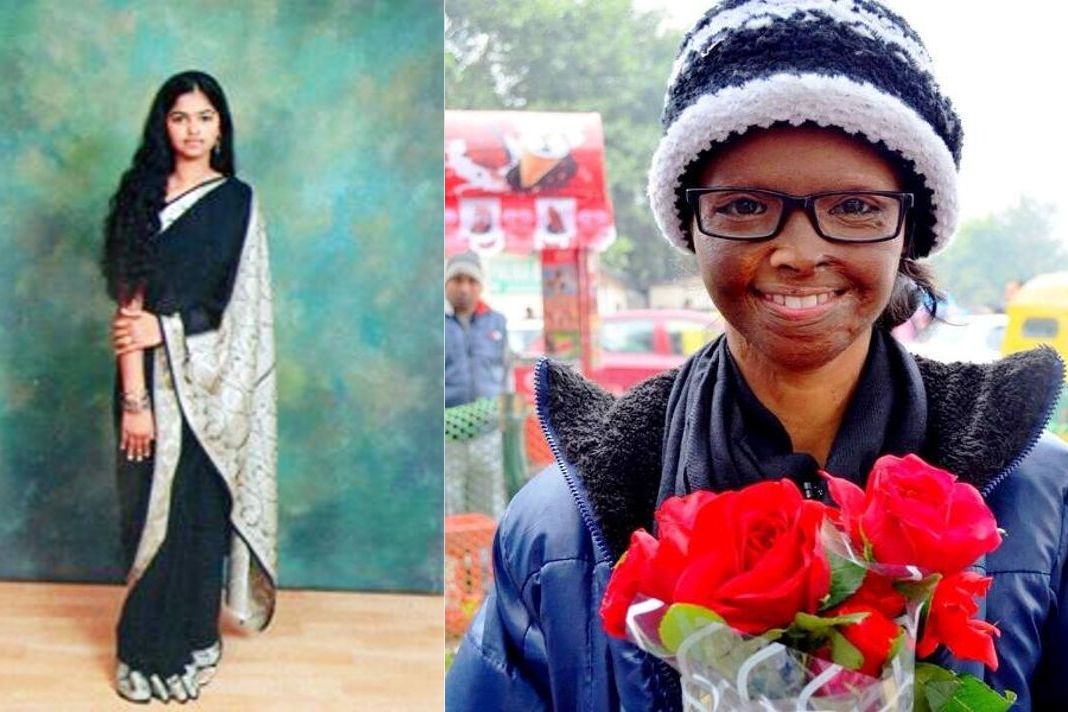 Today Laxmi Agarwal is a world-famous Acid Attack Survivor. It was her charming beauty that took her smile forever. She lost her identity, and promised to not see herself in the mirror again. But the God showered mercy on her. She has blessed with love. And Laxmi turned herself as an example for all acid attack survivor girls.  Laxmi Agarwal love story & life story is going to pop below.

When Laxmi was in her sweet teenage of 15 years. A Muslim guy Guddu a.k.a Naeem Khan fell in love with her. It was nothing more than a one-sided love for Gudda Khan. He was extremely mad in love with her teenage beauty.

Then Naeem with his 2 friends made a heinous plan to ruin Laxmi Agarwal. In 2005, when Laxmi was 15 years old. On the evening way to her singing class.

Gudda along with his 2 friends, drenched Laxmi with Hydro Chloric Acid. Laxmi skin started shedding from the body. She was crying and asking for help on the road.

A taxi driver came forward to rescue Laxmi. She went under nine surgeries. In her last surgery, she was on the ventilator but survived.

Battle Started Against Society & Herself

As Laxmi remembers that there was no mirror in the operation room. She did not saw her face in the hospital.

When nurses used to give her water. Laxmi tried to see her face in it. But only a little image of the face covered with the bandage was seen.

Now she abandoned social life because of the false sympathy of people. She did not want to answer the same question again & again.

Although tuf survival made her strong from within.

After recovering from acid attack and operation. Laxmi started her new journey. She decided to fight for herself and all the acid attack survivors across the world.

In 2006 she has filed PIL and pleaded the government to ban on acid selling without identity proof. She inaugurated Stop Acid Attack campaign. This campaign made her voice for acide attack survival across the world.

In 2013, Laxmi effort brought result. Supreme Court passed the law against acid selling. Person below age 18 can not buy acid. And identy card is must before purchasing acid.

Now Laxmi became a global face in acid attack survivor. She has received a Prestegious International Women of Courage Award in 2014.It was given by 1st lady of USA ‘Michelle Obama‘. 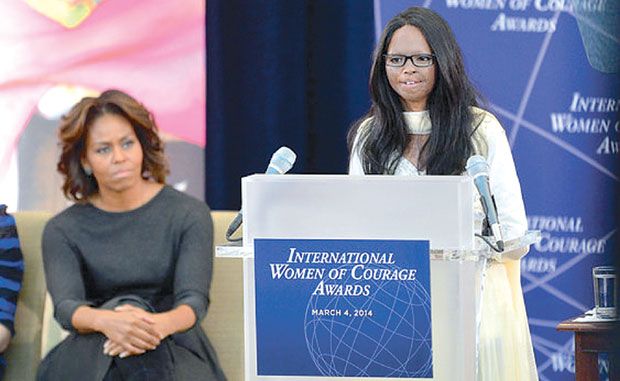 Laxmi did not stop here either. She was called by London Fashion Week in 2016. 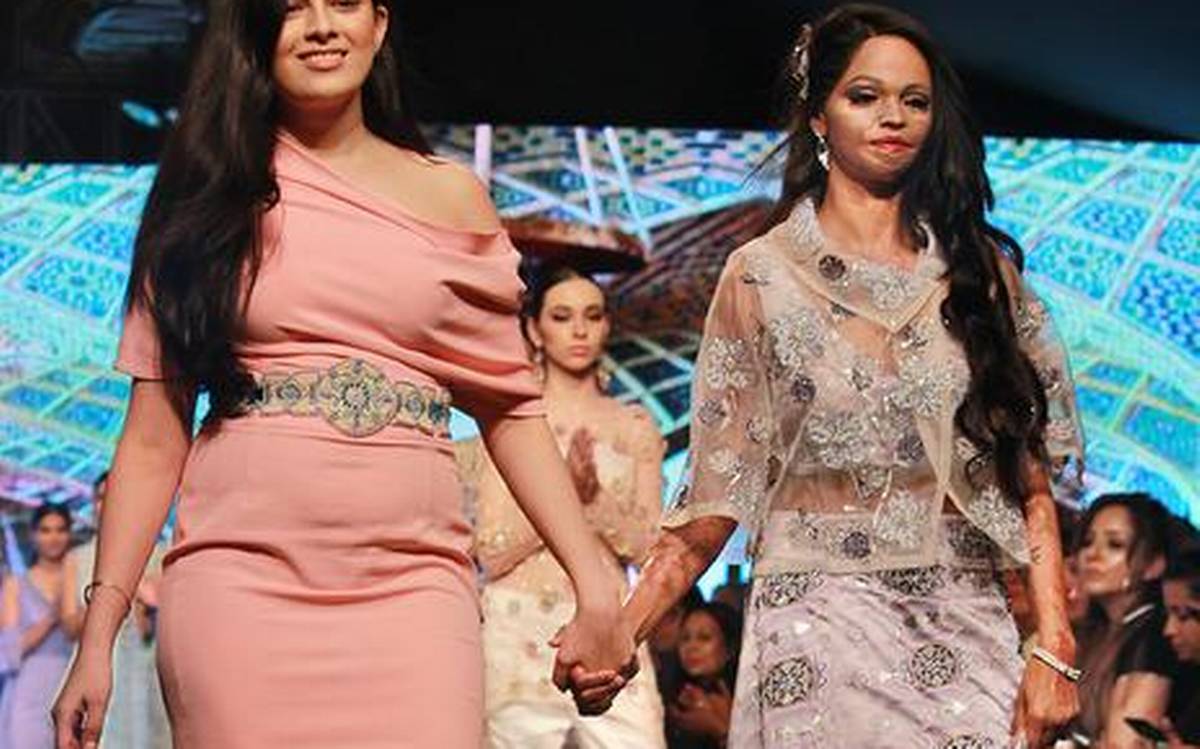 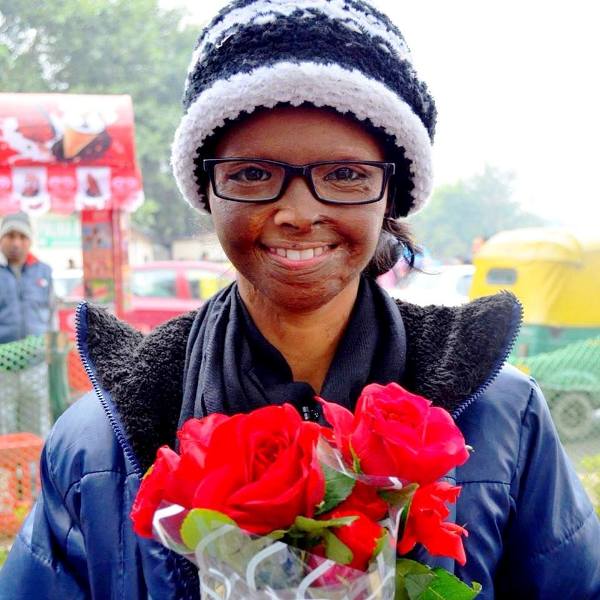 Alok, liked the spirit of Laxmi. Her strong spirit made him fall in love with Laxmi. Alok said:

I love people who are alive and want to change the world and just not live their own life. She fought for justice despite her own ordeal.

Then Alok admitted her sweetness along with real heart.

When she came to us, she was bold and smart. Other girl covered their injured face because of shame.But Laxmi was differet from others, she met with open face. I saw a fighter in her and then fell in love with her purity.

The two were mutually attracted to each other not by their physical appearance but by the fact of being the voice of change. They had same mission – to fight for acid attack victims.

In fighting for justice a day working together, the two fell in love with each other.

Laxmi and Alok are together since 2014 but aren’t married. They have immense love for each other and duo respects ones decision. They are committed and engaged in live-in relationship.

On asking about their marriage :

We don’t want people to come to our wedding and comment on my looks. The looks of bride are most important for people. So we decided not to have any ceremony.

We did not marry because I do not believe in the institution of marriage. I believe that two people do not need a certificate to remain together in the society. So in the beginning itself we decided that we are not getting married and would stay in a live-in relationship.

“I hated men for a long time after that”

“Love was a word that unsettled me. That idea of love, the one that you get to watch in Bollywood films, haunted me. I would sing love songs but the words were hollow. They didn’t mean anything to me.”

“Alok was a breath of fresh air for me. I had been feeling suffocated and burdened. I felt he was ready to share the burden with me”.

“I have immense respect for Laxmi. She is a tremendous life force. She chose to fight in the face of adversity when other victims like her were discouraged by families or were reluctant to come out of their homes”.

“She has instilled confidence in other young women who see her as a beacon of hope. She has compelled them to come out of the closet and face the world. Mind you, it’s not easy for them to face people staring at them which often reminds of the event that has altered their lives.”

The most beautiful gift this sacred relationship is Laxmi and Alok’s daughter-Pihu.

Alok and Laxmi declared themselves to be proud parents when their daughter Pihu was born on March 25,2015. 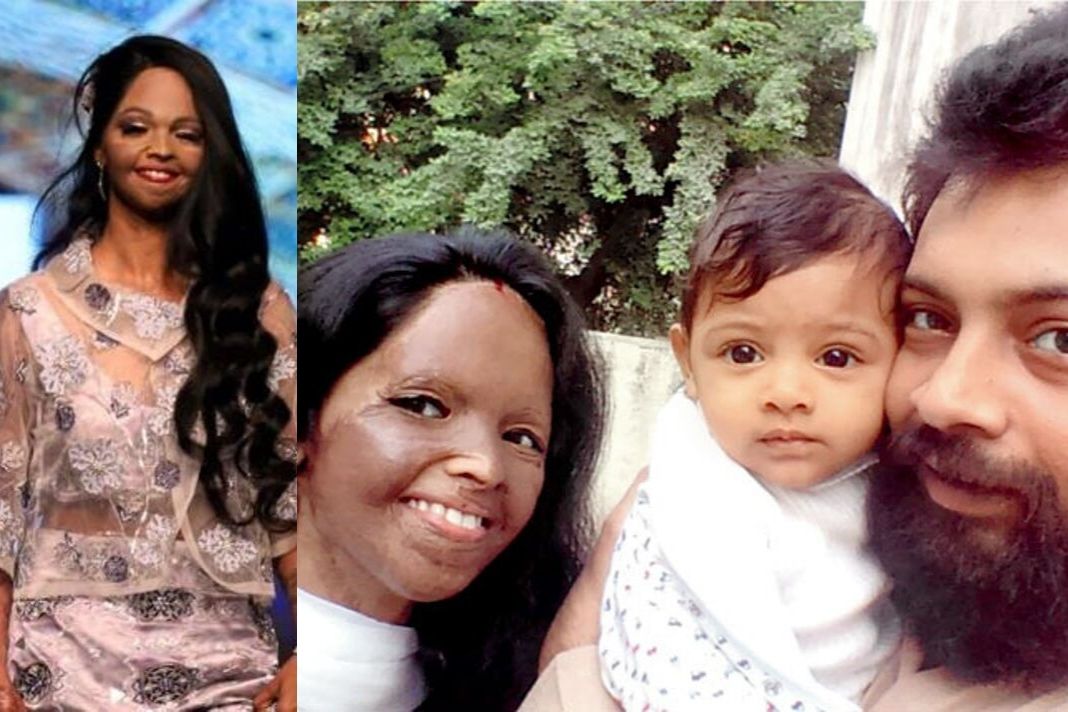 So ,do you still believe looks are important in loving a person?  Laxmi and Alok have turned down the norms of society and are happily living together giving the true definition of love that people genuinely need. So this was the Laxmi Agarwal love story.

“CHAPAK” is a biopic of Laxmi Agarwal itself