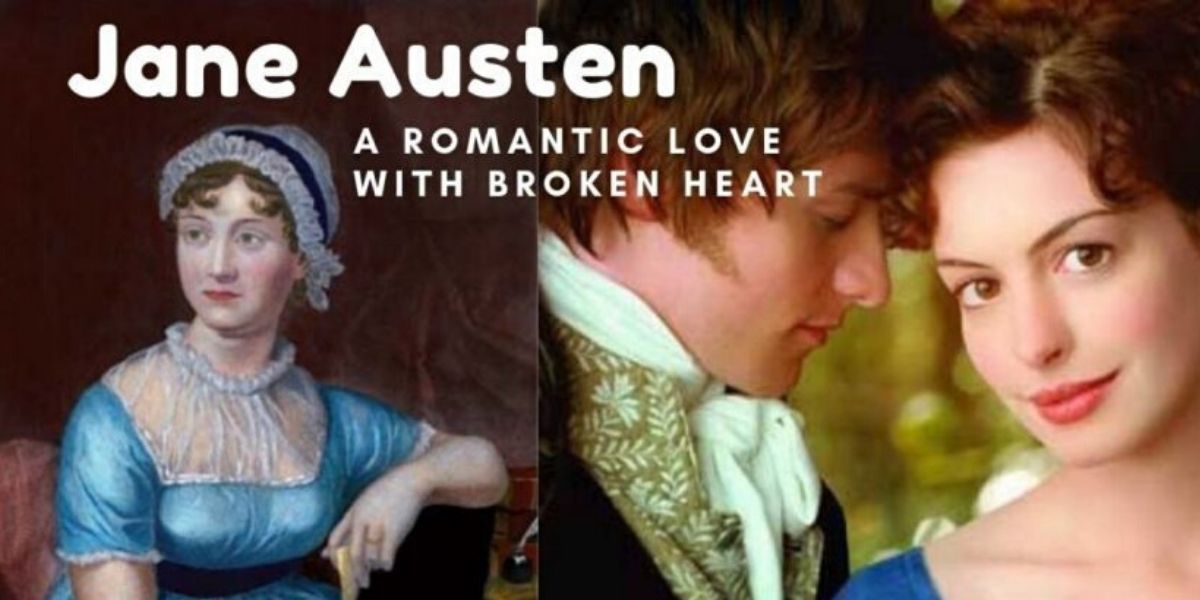 Also Read:Top Romantic Love Quotes For Him And Her

Being the 19th-century famous romantic writer. Jane set a milestone in writing romantic fairy tales. As “Pride and Prejudice”, “Emma”.She squeezed her romantic feelings in these novels. Because she lost her true love. And Jane Austen lived a romantic life with a broken heart. She died with a broken heart at the age of 41 years.

Basically, Jane is known for romantic writings. And a super romantic love affair took place in her life also. When Jane was 19 years old. A handsome guy TOM LEFROY knocked in her life. Although Tom was a friend of Jane older female relative.

Jane found Lefroy a more handsome & attractive personality. She fell in romantic love with Lefroy at first sight. Actually, it was love at first for both Jane & Lefroy. Jane Austen was beautiful, charming as her heroines of “Pride And Prejudice.

That is why Tom Lefroy could not stop himself to fall in love with Jane’s LOVE, BEAUTY & SOUL. The couple attended many parties together. In fact, Lefroy was the reason behind Jane’s achievement in literature. He inspired her to write a novel. As helped her to create the male romantic character as DARCY in “Pride And Prejudice”.

Also Read:Ways To Spice Up Your Relationship With Real Intimacy Without Having Sex

After dating for a couple of years. Jane desired to express her romantic love to beloved sister Cassandra. Jane wrote a very confidential letter to Cassandra. About her romantic love and dating with Tom Lefroy. She described her love and feelings for Lefroy. In fact, Jane was expecting a marriage with Tom.

Although Jane Austen had a romantic desire also. To have a happy married life, a romantic husband, colorful intimate life. But somewhere Lefroy did cheating with Jane’s desire. Lefroy was the only true love for Jane. It was the love of desire, passion, and romance for Jane.

But Lefroy was not serious about Jane’s feelings. When the pair was in a romantic relationship. Lefroy was not an aristocrat then. And Jane was also not rich. In this way, Jane’s financial condition led to the breakup. And Jane Austen’s romantic life turned into a broken heart.

In another letter to Cassandra, Jane mentioned her broken romantic love life. “At length, the day has come with Tom Lefroy, & when you receive this it will be over. My tears flow at the melancholy idea”.For Lefroy, it was only “Boyish Love”. But for Jane, it was true love ever. It was Jane Austen’s love with a broken heart.

After the first breakup, Jane Lost her faith in love & romance. She completly lost her belief in love, marriage, family, and children. Now marriage became a complex decision for her.

But Jane tried her luck once again in love life. When she was 21 years old she met Harris Big Wither. wither was generally the brother of Jane’s friend. Big Wither proposed Jane. Although Jane was six years older than Wither.

But Jane accepted his love anyway. On the other hand, Jane knew that she is financially weak. And her engagement with Wither is not more than a financial contract. Rather than true love.

So in the meantime, Jane broke her engagement. Because somewhere she was afraid of her life as wife and mother. She thought that her marriage would spoil her writing career.