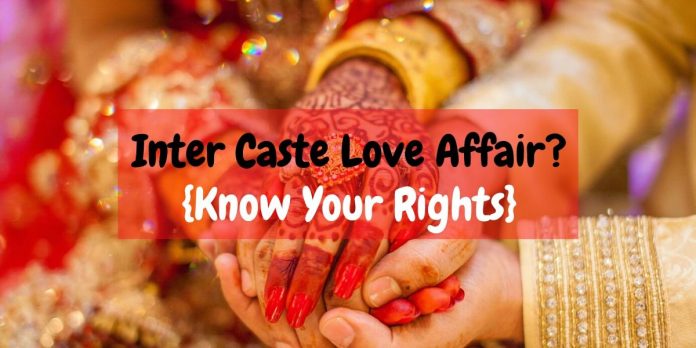 Being a Hindu and marrying in another lower caste? You have to face many problems regarding personal life and social life. Because marriage is a pious activity. And we Indians believe in marriage. But when we think of love marriage or intercaste marriage. Lots of questions and confusion started popping up in mind. We have heard of many laws and act on behalf of marriage. Below is a transparent detail of the Inter-caste marriage law Hindu & special marriage act Ambedkar scheme.

Not to worry go through my blog. You will get the answer to every solution. But before that let us know the different marriage Act. It was made by the Indian Government to safeguard human rights.

What is the Special Marriage Act 1954?

Parliament of India has made a law to legalized marriage. Special marriage Act 1954 is a first step towards giving a green single to inter-caste marriage by the Indian parliament.

In some cases, if you are marrying in court. Then your marriage would come under the special marriage Act 1954.

Inter-cast marriage is a taboo in our country. So to sort out the issue regarding inter-caste marriage. Special Marriage Act, 1954 was amended.

Special Marriage Act 1954 is applicable to the following condition

What are the requirements needed for Special Marriage Act 1954

You cannot apply for divorce during the first year of the Special Marriage Act 1954.

Before completing the 1st marriage anniversary. The parties cannot apply for divorce in the District Court. But in case the relationship is going through hardship and beyond boundaries of suffering. Then a petition for divorce can be filed.

Hindu Marriage Act 1955 was amended by the Indian parliament. The intention of the act was to secure the marriage right for the bride and groom.

This act provides security for a couple. As it binds the bride and groom legally. The Hindu Marriage Act introduced divorce in marriage.

According to Sastrik Law, there was no separation allowed after marriage in any case.

Who can apply for the Hindu Marriage Act 1954?

Marriage is a sacred and pious relationship across the globe. It is a very private, traditional and social affair in India.

If you are going to marry soon. And willing to apply for Hindu Marriage Act 1954. You have to follow these terms and conditions.

What are the condition for the Hindu Marriage Act?

How to apply for marriage registration in the Hindu Marriage Act?

If you have completed your pious wedding. And now planning to apply for registering your marriage. But have no idea how to register for getting a marriage certificate. Here is some information regarding the process.

What is the inter-caste Marriage Scheme?

Marrying with a partner of a different religion is called inter-caste marriage. In the Hindu Marriage Act 1955, a Hindu can only marry a Hindu or approved religion on the Act.

In ancient India, people only married in their own caste and religion. If you marry outside of your religion and caste. Then it comes to inter-caste marriage.

But India Government has made a scheme to promote inter-caste marriage.

In 2013 Congress Government launched a scheme for the welfare of couples who married a lower caste partner. Its aim was to give money security and appreciation to the 500 couples across India.

If you married to Schedule Caste partner but you belong to any other higher caste. Then you can avail of the scheme. Let me tell you in detail how to apply for the scheme.

What is the condition to apply for Ambedkar Scheme?

The purpose of the incentive is to bring a positive change in the life of a couple.

What is the document required?

An incentive of Dr. Ambedkar Scheme

I hope you got clear detail on Inter-caste marriage law, Hindu & special marriage act, Ambedkar scheme.
Still, have some doubt or have inter caste marriage plan in mind?
Do let’s know?
How is your inter-caste love journey?