An eight year old girl named Asifa was allegedly gang raped by six men who abducted her and also kept her captive in a temple, no longer exists.

A 23 year old woman, on her route to Dwarka, by bus, was raped by 6 men who also beat the bus driver and then threw the woman on the road, in an unconscious state. After a month of treatment in Singapore,she succumbed to her injuries.

The gang rape of a 23-year-old student on a public bus, on 16 December 2012, sparks large protests across the capital, Delhi.

Well, we all are now used to hear and see such news flashing on our TV screens and printed on the newspaper.
Nothing new. Isn’t it?

Be it a 23 year old woman, or a 8 year old child, Rapes,Molestations and Abuses are a common sight in India.

It feels as if without the tag of “RAPE” ,India cannot be a known or a recognised country.

Also Read:  Men Can Also be Harassed: We Are Men So We Are Wrong ??

Rape is a universal issue, which plagues the world today.
It is not specific to any one neighbourhood, race, gender, sexual orientation, age, or financial status. 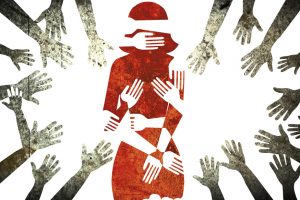 Some people are so disgraceful to the society that the crime of rape can be done by them anywhere, and with whosoever.

Minor girls are trafficked into prostitution in India, thus conflating into a lifetime of suffering.

A small sample survey of Human Rights Watch projected that more than 7,200 of 100,000 minors – are raped each year in India.

But most of these rapes go unreported because the rape victims fear retaliation and humiliation, both in India and throughout the world.

According to an estimate from 2014, only 5-6 % of rape cases in India are reported to the police.

Due to fear of dignity from the society, the rape victim doesn’t enclose such a deed to the law.

And therefore, these rogues get encouraged about their doings and also stimulate confidence in these unlawful and dirty scams.

These rapists are so evil, that they use drugs and illegal substances to render their victims powerless against their advances.

They literally don’t care about the after effects of the drugs.
Just for temporary pleasure they indulge in such illegitimate activities.

Some of them even use drugs ,where by the victim has no sense of what has happened. In this way, the identity of the culprit stays unrevealed.

Many victims experience rape trauma syndrome, which can severely impact their lives.

The victims not only suffer from mental trauma but also physical trauma.

Victims of rape are more likely to attempt or commit suicide.
Her body, mind and soul face such a damage which can never be replaced. 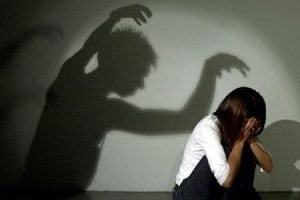 She feels that her life is now useless.
She feels her body has been used harshly, without her permission, in a dirty, disgusting way.
She fears the society.
She fears of what people might say.
And having these thoughts, she feels that it’s better to leave this bad world than live in such wild thoughts.

How should these rapists be treated?

After forming a conclusion from my friends I think,

The rapists can never feel the pain they cause the victim.
It can never be compensated.
But these monsters deserve much severe punishment than actual.

They should not only be hanged till death, but before that, they should also be made to suffer so bad, that they should plead for their lives.

Also Read: Radhika Apte & Benedict Taylor Love Story: I don’t have a boyfriend, because I am married

And before making them perish, they should be beaten up and then made to die a painful death!

No one knows when this culture of Rape evolved.
It is because of illiteracy and poor upbringing.

Rapes are gaining momentum because these evil rapists are aware that the punishment isn’t too hard to be experienced.
They know that the penalty is not a profusion.