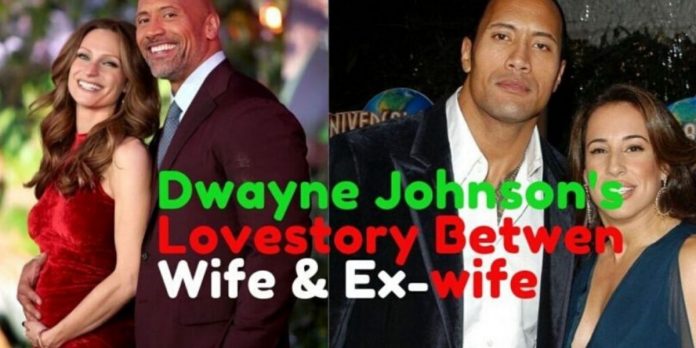 Dwayne Johnson’s fans also called him “THE ROCK”.Well, the rock has butter type heart and buttermilk type feelings. That is why even after divorce with the first wife Dany Garcia, Dwayne still cares for her. So you are going to read a spicy love story of Dwayne “The Rock” Johnson. When Dwayne met her next girlfriend Lauren Hashian, he was unaware of her true love. Dwayne Johnson love story floats between the ex-wife and recent wife.

Dwayne is not a flirty person we know. So somewhere Dwayne did not want to end the relationship. Dwayne married Dany Garcia in 1997. The pair met in college time. Soon they fall in love. And tied a married note. But things did no go well for long.

Soon Dwayne & Dany decided to part away. In the meantime, in 2006 Dwayne met Lauren Hashian. On the other hand, the rage was increasing between Dwayne & Dany. Finally, in 2007 the pair separated officially. They announced divorce.

Just after a bitter divorce, it was common for Dwayne to look for a new love life. And luckily he met with Lauren Hashian on the film set of The Game Plan in 2006. They started dating since 2007. Soon they fall in love deeply with each other.

What Is Hashian Pretty Gift To Dwayne Johnson Before Marriage?

Because both Dwayne & Hashian love each other beyond imagination. That is why Hashian decided to gift Dwayne with extraordinary gifts. And she bloomed Dwayne’s life with two daughters.

Well after living in a relationship with Lauren Hashian since 2007. The couple decided to marry and turn their love life in a love milestone. And after becoming parents of two daughters the couple married on August 2019.

The couple did a surprise & secret wedding. Dwayne’s goal is to keep his wife, ex-wife, and daughters closer to his heart.

Dwayne Did Not Stop Loving His Ex-Wife

Although Dwayne and his ex-wife Dany Garcia took official divorce in 2007. But Dwayne did not stop loving her ever. He loves her as before. In fact, Dwayne and Dany live as a best friends now. Dany helps him in his business and career as well.