Do you believe in love at first sight ? If not, then after reading the true love story – “Simarpan” of Simar and Arpan will definitely make you reconsider your decision.

A simple girl with not so simple dreams, Simar.

Unlike other girls, she was tomboyish yet girly at the same time. She was very outspoken with a charming smile and was loved by everyone.
She had recently shifted so it was all new for her. New place, new tuition and of course new friends. 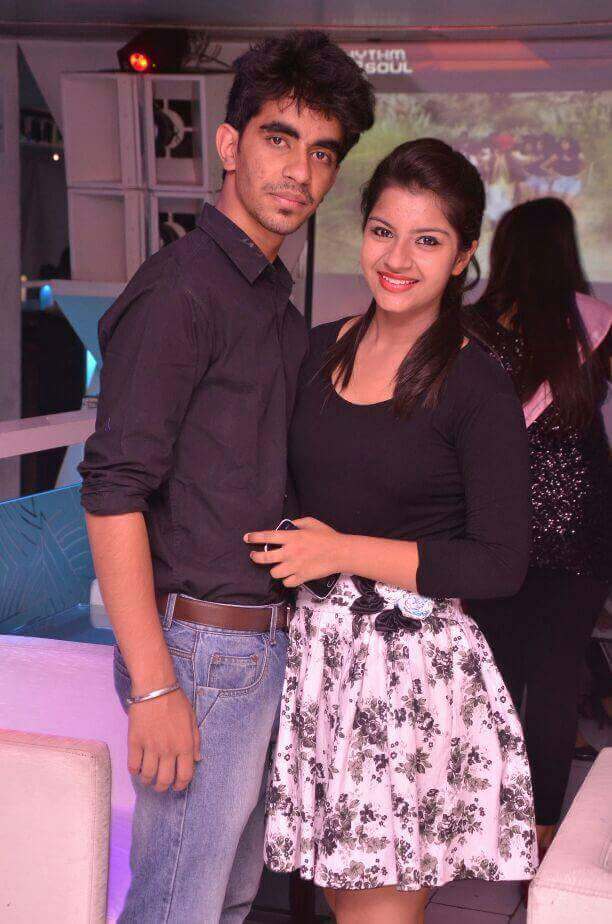 The first day of tuition , class 9th. She wasn’t very excited about the class as it was maths class.

Maths was something she could never understand. Well the first day of Maths class was as usual confusing, boring and life taking for her. The maths problems were the real problems of her life.

Looking here and there, struggling hard to understand what to do. Then she heard a friendly voice , “should I help? It’s very simple”. “Hi I am Arpana”

She looked at her, smiled and said “I’m Simar and yes please help me.”
With her help she could somehow sit through the class, “Phew” she exclaimed. Then the class got over somehow and while they were talking they realized they both had similar interests. They both loved dancing and were kareena kapoor fans. They kept on talking and didn’t realize 20 minutes had passed by. Suddenly they heard a voice, “’Come on Arpana we’re getting late.” said a handsome boy’.

He had a funky hairstyle, he was wearing khaki trousers with black shirt nicely tucked in, it was quite impressive. His smile completed his look. “It seems they are twins” simar thought to herself.  And, yes she was right he was Arpana’s twin brother.

The boy couldn’t stop himself from staring at Simar, as she was looking beautiful that day.  She was wearing brown shorts with black top and had her hair open.

“Hi I am Arpan” said the boy. Simar shook hands with him and felt a spark.

She then exchanged numbers with arpana and bid her goodbye.

She gets a text from unknown number, “Hey”  thinking that it might be arpana she replied immediately. But to her surprise it was Arpan. She was shocked that he texted but didn’t mind talking to him. It seemed like they both had some connection.

That night she couldn’t stop thinking about the way he looked at her and their first conversation. She was happy and couldn’t stop smiling. To her surprise she was excited to attend her Maths class. From that day maths seemed easy because he was there to help her whenever she got stuck with a problem.

A few days passed, they started spending more time together, be it in class or after class. They shared some secrets, talked about their fears and much more. 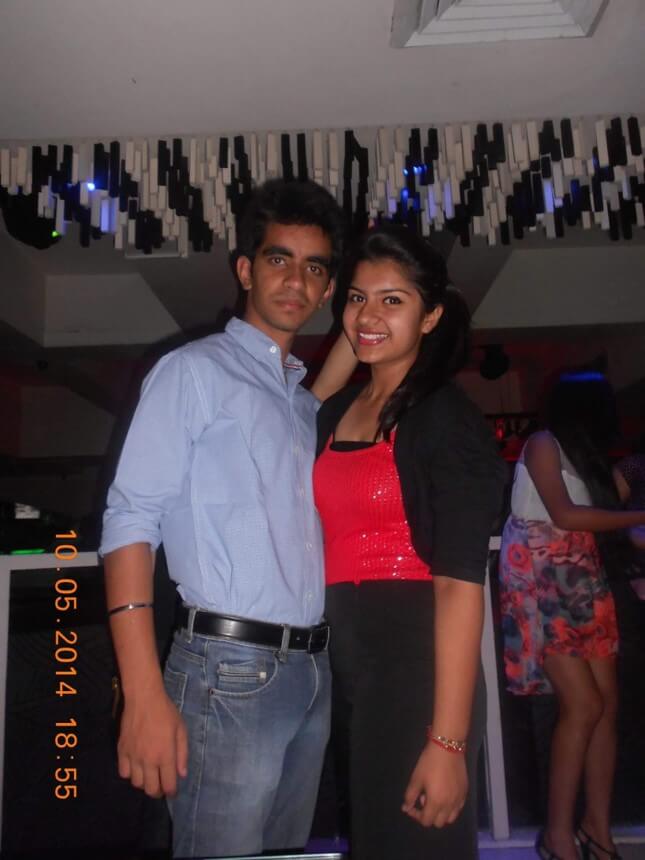 “Do I like Arpan?” thought Simar to herself . She didn’t really have an answer to it. Days passed and months went by but that feeling didn’t disappear.

He called up and told her a meet in an hour. It was usual for them to meet and as always she was excited to meet. She didn’t do any extra efforts to get ready because that’s how she was and that’s how he liked her, simple and sweet.

He was wearing a red t-shirt with blue denim and looked really cute.

But something was wrong, he was looking a bit tensed and wasn’t even talking much. She asked him a couple of times what’s wrong but he didn’t say a word. She got a little angry and that’s when he started taking.

After a long pause, he said “ Simar, I love you. Will you be my girlfriend?”

For a second she couldn’t believe that he actually said that and re-assured by saying, “What did you just say ?”.

She immediately hugged him and said I love you too, Arpan with a wide smile on her face.

And then they started dating.

She never believed in fancy dates and or expensive gifts. All she wanted was to spend time with him and he also had the same views so they were not like the other couples. They didn’t realize when 2 years had passed by already. There were a lot of fights, disagreements and breakups but they decided to stick back together, always.

One day randomly they met in the market with their families and while talking they discovered that Arpan’s father and simar’s mother were classmates. What a coincidence! Two friends reunited after school and two families became family friends.

Everything was going the way she had dreamt of, but who can fight with destiny. They started to have huge fights and couldn’t understand why. She would sit at night and think what is happening to them and then she finally got an answer when Arpan mentioned “I don’t like this guy friend of yours. Don’t talk to him.”, she could see the jealousy and insecurity in his voice. He started pinpointing every little mistake of her.

With all these fights and miscommunication they started having trust issues and lack of understanding.
“Is having a lot of guy friends a problem”, thought Simar.

“Does he think I don’t love him anymore”, this thought was bothering her a lot. She thought he was making excuses and had actually lost interest in her

They didn’t really talk about the problems but because of the same friend circle they were together always they started talking again and everything was normal.

That was the best time. Little cuddling after classes, breakfasts together and lots more. Even a random touch would make their day. Her hand on his lap would make him notice that and feel special about it.

Better than this was discussing it all in the night and then the goodnight messages.

The most crucial time of their lives. Everyone wanted to score good and get into Delhi University. Their conversations and meeting reduced because they had to study. Less communication means more communication gap. They started fighting more and more. There was hardly any understanding between the two.

Also Read: How To Have A Happy Long Distance Relationship ?

She feared that he will break up soon and yes that’s what happened. There was no actual reason for breakup, they just did. They both were busy in their own lives and were least bothered about their relationship.
Few months had passed, she made herself accept the fact that if her love is true then he will come back or else he was never hers. She wasn’t waiting for him but she had not even forgotten him. She was finding ways to be happy by herself.

Ego is something that destroys everything. Don’t know it was just ego that separated the two or they actually fell out of love. Now it wasn’t normal for them to meet them alone. They made plans but only a few were real.

They both didn’t get back together but didn’t really leave each other. Their friends still used to tease them. Everyone tried to get them back together, but failed.

He drunk called her some nights and forget it the next day. She typed ” I miss you” but didn’t hit send.

They both didn’t realize that they still love each other until a guy came in her life.

She was a great dancer and used to perform at every college event and that’s where she met Aditya. He was Muscular, 6 ft tall and had blue eyes. There were a lot of girls crazy after him but he was crazy after her.

Arpan got to know about him while stalking her on Instagram one night. Yes, they still stalked each other.

He got really furious and couldn’t stop himself from texting her. She didn’t reply to him properly as she was still hurt. He kept on thinking what to do and luckily he got he perfect day to surprise her. Hey 21st Birthday!

He wasn’t a romantic kind of guy but did something extra ordinary and out of his comfort zone.  He planned a surprise birthday party for her.

The venue had a big screen that was playing a video of all their photos and was decorated beautifully with balloons all over. All her friends were invited but she wasn’t aware. 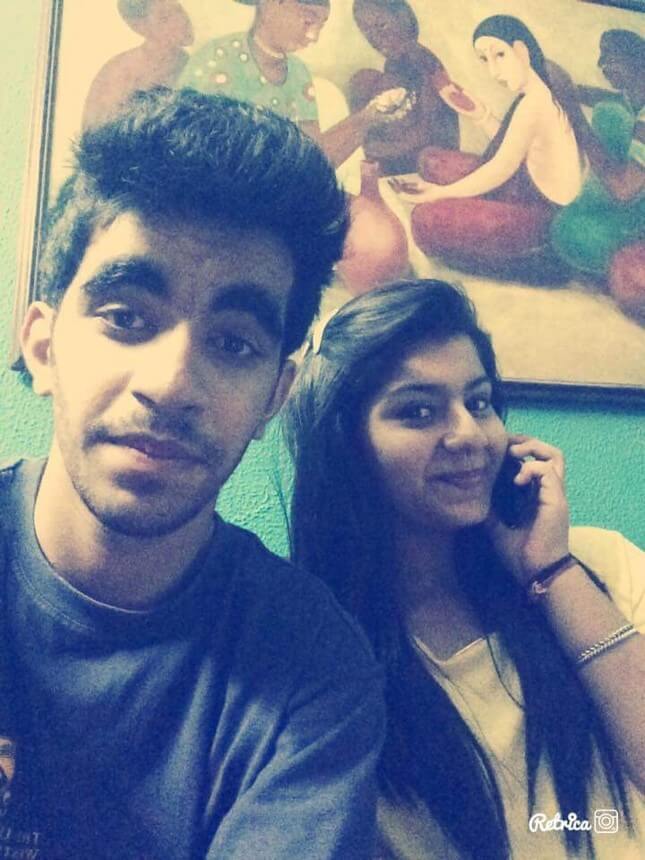 When she reached the venue thinking that she is meeting arpana she got a little confused when she saw arpan and all her friends there.

He had written a small poem for her and started reciting that. She was in tears after seeing all the efforts by him and couldn’t believe what all was happening.

In front of 30 people he apologized to her and proposed her again with the same enthusiasm and lots more love.

Everyone started dancing with joy as she said yes!

Everything is going smooth and they’re now preparing for higher studies together. They soon wish to marry each other but are waiting for the right time to come.