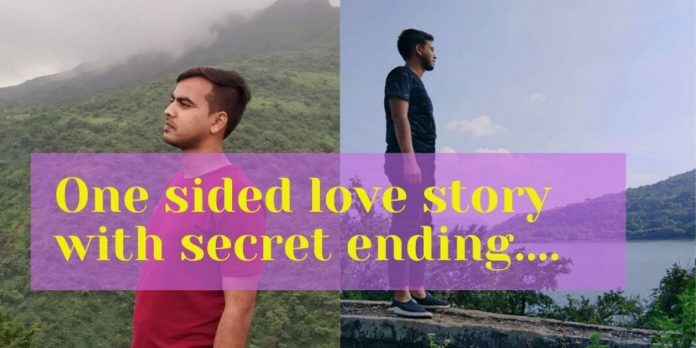 What makes you nostalgic, happy or sad? Do you still remember your one-sided love? Or you still think of your incomplete love and blush? Have you remembered how much you were crazy for a class crush? Time flies and your feelings left behind, isn’t it? Okay, I know everyone has a romantic story. You must have your own, no issue you can share your love story with us. Today you are going to read a cute one-sided love story of Sahil Gupta.

Before reading the real nostalgic love story. I want to ask you something. Promise me you will tell me? I know you are my sweet readers, and you also have some love story. No matter it is one-sided, sweet or salty, complete or incomplete. But my heart is willing to hear your love story. So would you tell me your story? I am waiting for it, dear.

The story has started when Sahil was in an early teen. His naughty heart infatuated for a junior girl. But his heart chose the wrong girl. Then Sahil’s heart started beating for another junior girl. But he never confessed the feeling. And his second crush gave him farewell lol !! But he met her, fortunately after 3years. Will Sahil confess his love? Or Will he be able to date with 2nd crush? Darling read the full story.

Sahil Gupta is now a handsome, aspiring talented Business Student. Once he used to be a cute student in his school. And his sweet one-sided incomplete love story began during his school days.

“Do not know why did not we meet? But may be it has written in our destiny to meet once”

When Sahil was in early teenage, his naughty heart only beats for Principle’s daughter. Lol !!! But he never tried to confess his sweet feelings. Because on the one hand there is love, the other hand fear of Principle.

Somewhere Sahil knew that it is not love, only a sweet infatuation. And he decided to close this chapter. Then his heart started searching for another crush. Hehehe

You know readers, Sahil used to be so sweet. That is why his heart only infatuated to a junior girl. Hehehe this time again his heart started beating for a one-year junior girl.

During school assembly whenever “new crush” used to conduct prayer. It was Sahil’s duty to only look at her, adore her and smile within the heart. Wow the moment became an amazing teenage moment for Sahil

But he never confessed his feelings

Time passed by but Sahil never dared to express his sweet feeling. He just entered class 10 by just giving loving look to “new crush”. Although “new crush” sometimes caught Sahil staring at her.

But she was enough innocent and never understand Sahil’s secret desire. For her, it was like.

Lolz “new crush” considered her bhaiya. That became an unexpected moment for Sahil.

Finally, the time has come in Sahil’s life. Where he had to say goodbye to school & “new crush” without confessing his feelings. In fact, “new crush” said a sweet goodbye to Sahil, and gave farewell.

Good that Sahil did not accept his love for “new crush”. She was extremely fool and innocent to sense the feeling of love.

He wished to forget the school days feeling but…

After leaving school forever, Sahil was getting ahead in his life. He got admission in class 12. But somewhere his heart still stopover “new crush” memory. He loved to miss her smile, sweet talk, versatile character.

Finally, Sahil decided to quit teenage school days’ memory. But he was unaware of fate. The memory he was expecting to forget was waiting for him.

Ray of romantic hope caught him

In 3013 Sahil was in college. And on the same year “new crush” passed class 12. She newly joined facebook. And Sahil continuously used to search “new crush” on Fb.

And in 2013 he finally stopped in her Fb id. Then he sent her friend request. It was the first time in his life when he was going to talk to crush. Actually he never talked a single word to her during school days.

After gathering so much courage Sahil confessed his teenage feelings to “new crush”.

You were my strong crush on school days. I used to look at you regularly on the school campus, playground, assembly.

Her reaction was like “what? what? what?” Then a session of late-night chatting began on facebook. But she never talked like a girlfriend or crush. Because she had no such soft corner for Sahil.

In fact, she still considers Sahil her senior. And only behave like a good friend. He asked for her mobile number, but she denied to give.

But she blocked him, he deeply HURT

After chatting for years “new crush” annoyed over Sahil because of some reason. Then she blocked him on facebook. Sahil continues to check his FB profile. After a year “new crush” unblock him.

But she did not text him. Then he texted her with feelings. “I knew it, once in a lifetime you will unblock me.” Then she gave her mobile number. Although she also developed feelings for Sahil but do not know why she used to ignore him.

Sahil’s life came on a romantic track again. After passing class 10 in 2009. He never saw her crush again. Even she uploaded only one picture on FB profile. He wished to meet, and she promised to meet Sahil.

But she never met Sahil. Even countless times she promised to Date Sahil but always broke promises.

It hurt Sahil very deeply. But every time Sahil forgave her. Because he loves her. “New crush” never told the reason for ignoring Sahil. Somewhere she also loved him.

They never met, Sahil closed the romantic chapter with memory

She never met him in reality. After long chatting on FB, WhatsApp for 5,6 years he only felt her. But still, both respect each other. She said sweet goodbye. And she gave farewell again to Sahil on WhatsApp.

Finally, Sahil became mature enough with time. He decided to move on. In 2019 he took admission in an MBA college. And closed the romantic chapter of childhood love in 2019 started somewhere 2008 or 2009. So it was the cute one-sided love story of Sahil. Hope you enjoyed reading.