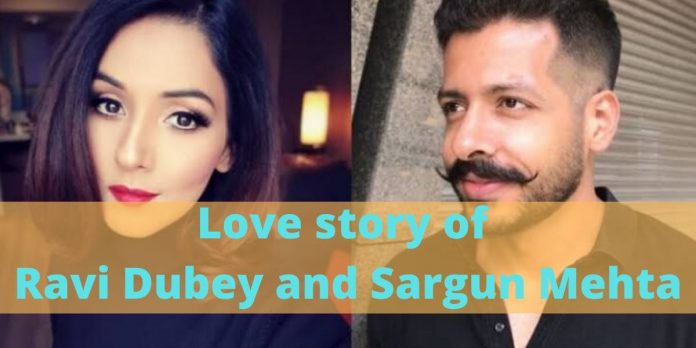 Love is a partnership of two who bring out the best in each other, who are better as individual but best together. Marriage is the new beginning towards a new life, it is said that one of the happiest day in any girl’s life is when she walks down the aisle to marry the love of her life. Singer Neeti Mohan amongst the most established Mohan sister’s opened about the love of her life Nihar Pandya.

Here is a look into their love story. Nihar gave his debut from Manikarnika as Pran Sukh who got critically acclaimed for his role. They opened up about their love story in ‘The Kapil Sharma Show’ and also reviewed their wedding date.

Nihar’s friend was a member of Aasma Band in which Neeti was a lead singer, for the first time he got to know her through it. After one year this friend of his got married in Goa where they both were also invited.

This was a second encounter when he got to know her more clearly and started generating feelings for her. By this way they kept in touch with each other and became close friends. After this there meetings increased and they went on pampering each other.

Once Nihar Pandya took Neeti to his farm house and reached to his pre decide spot under the tree and went down on knees and propose her. This was a very special moment for her to which she cannot resist and said yes.

After this there story took speed and they fell for each other. On the national television they recreated the whole moment under the tree and revealed about their love story to everyone. They married each other on Valentine’s Day marking their love forever.

The Mohan sisters gave us the please correctly “sisters before mister.” Like every bride goes for a pre wedding shoot Neeti also went for it but with her sisters. She shares a beautiful bond with the Mohan’s and procedure it by going on a shoot with them.

Nihar shares a quality time with the Mohan family and is very attached to all of them. Her sisters also appeared on the show to accompany the couple and their camaraderie looked great.