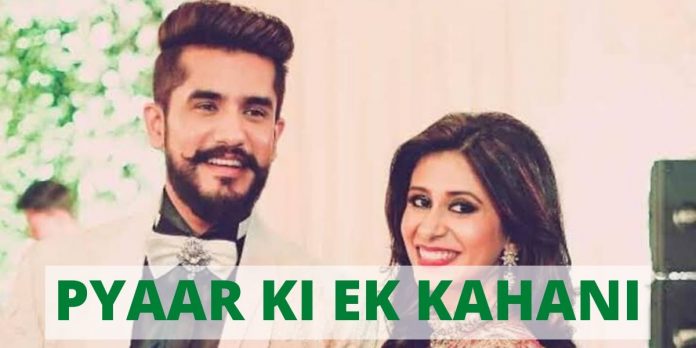 They were named as Sukish by their fans and friends. Their love story came into limelight after their arrival in big boss. They saw many ups and downs and came out strongly and became one of the best Jodi in the house.

She got impressed with his songs. That day they exchanged their numbers and talked the whole night on phone. And kept chatting till 7 in the morning.

There come up a phase in his life when he was traumatized by the people of having affair with a girl seven years older to him. According to society, the male should be older than the female but an older female is something not acceptable.

When Kishwer told her friends about it they all reacted very casually because she was a very flirty person. After so much pull back they finally thought of getting married.

Suyyash promised Kishwer to stay with her forever through some notes and also proposed her with a ring. She couldn’t control herself and started crying seeing him on his knees.

They married each other according to their dreams and had a full-fledged bachelor party individually. Looking at their relationship now we can say that they are enjoying every bit of their marriage.

They are so deeply in love with each other and giving us major couple goals.

The happy couple married in 2016 in the presence of selected friends and family members. Kishwer was looking stunning & georgious in red lehanga gifted by Suyash.

Kishwer & Suyash are the best example of true love. They are enjoying married life.