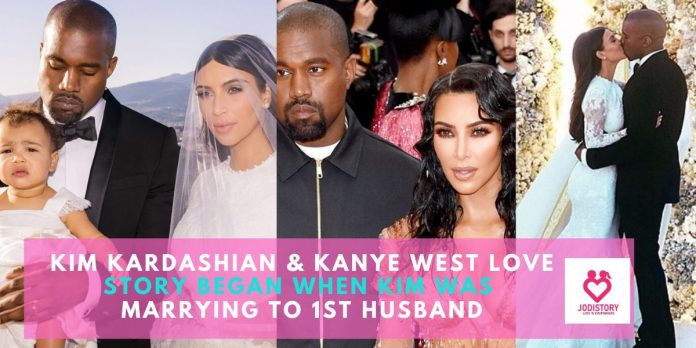 Kim Kardashian and Kanye West are most appeared couples in magazines and events launch. They are the most perfect and matched couples in the fraternity, and crazy in love.

So let’s take a look at the love story of the rap genius and a reality TV star turned cultural icon, the biggest sensations of the internet.

In 2004 Kim Kardashian was married to her first husband Damon Thomas when she met Kanye West. After 2 years Kanye saw her pictures on social media during Kim vacation.

They were close friends before dating each other, Kanye was crushing over her way back.

Before settling with each other Kim married Damon Thomas and Kris Humphries and also dated sportsman Reggie Bush. Kanye was also dating.

Kanye told Kim about his feelings through a love letter. This letter got recognition when it became the lyrics of one of his song.

He also encouraged her to sing and follow her dreams. Later he also collaborated with Kim on a music album which never released due to some issues.

Kim tweeted their intimate pictures from the shoot. This eventually unfolded their relationship status.

She was trolled for an extramarital affair. She was wearing a floral dress in the red carpet which was not at all complementing her 8-month pregnancy.

People even trolled her for it but Kanye encouraged her to avoid what others say.

Kim and Kanye married each other after giving birth to a baby. Because they do everything with great pomp and show, they married in a weekend-long ceremony.

The wedding took place in Florence, but the invitation card stated Paris. Guests arrived in Paris and flew with the couple to Florence. 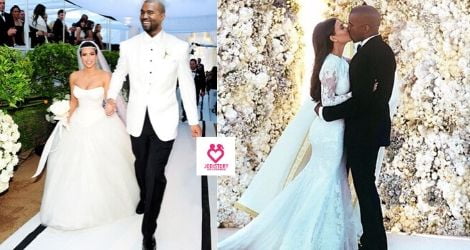 Their picture kissing each other against the backdrop of flowers became the most liked picture on social media.