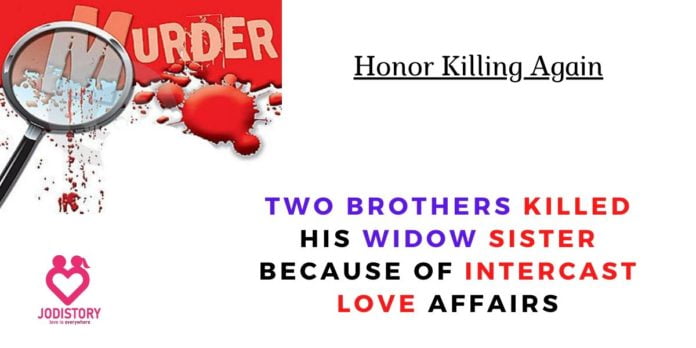 It seems honor killing is not a big issue in India. Two brothers killed her own widow sister because she had an affair with an inter cast boy.

The shameful incident took place in Kookda village in Uttar Pradesh’s Muzaffarnagar. Two brothers Sumit Kumar & Sonu have murdered her own sister. Because she was in love with a Muslim guy.

According to New Mandi Police Station, they have filed case against the brother for murdering her. Women’s lover Zulfikar has lodged a complaint against Sumit & Sonu in terms of murdering her widow girlfriend.

The woman was in deep love with Zulfikar for two years and wanted to marry him. She came in contact with him two years ago after the death of her husband. But her brothers was against the intercast relationship. That is why they secretly killed her and cremate her body as mentioned in thestatesman.