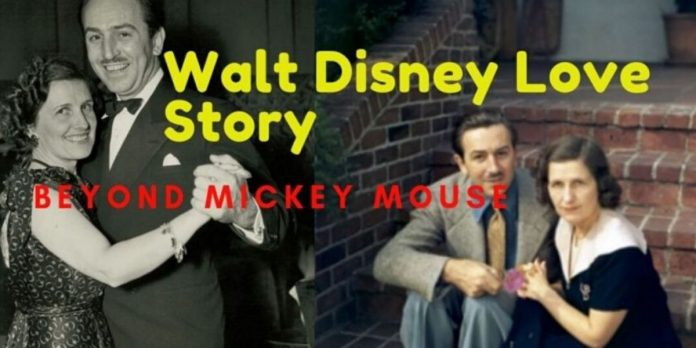 Walt Disney love story beyond Mickey Mouse is a cute tale. Let’s discuss the romantic love story of Disney. Walt’s love story began when he worked in his office. Disney was unaware of his love at first sight. But the pretty girl entered in his life as a stenographer.

And Kathleen found Lillian Bounds. She was then working in the Ink & Paint department. Kathleen proposed Lillian for a stenographer job. And Lillian decided to join the job. Because Disney studio was within a walking distance from Lillian’s home. She went to the interview. And for the first time, Lillian met Walt Disney.

Neither Disney nor Lillian thought of love with each other. But it happened. Walt Disney used to drop Lillian and staff in his own FORD car. Although Lillian used to live near a Disney studio. But Disney wanted to spend time with Lillian. That is why he used to drop Lillian to her home in last.

On the other hand, Lillian felt a small amount of Pride about Disney’s feelings for her. She found that Disney loves to spend time with her. And Walt Disney love story beyond Mickey Mouse began. It was a magical feeling for the new love birds then. Walt Disney and Lillian shared an amazing romantic moment with each other very deeply.

In fact, after proposing Lillian, Disney gave a romantic lifetime memory to her. Disney asked Lillian “Dear what do you want from me as a romantic gift? An engagement ring or a car?”. This made Lillian fall in love with Disney deeply.

After dating for five years Walt Disney and Lillian married in 1925. And the legacy of love began. Even after the death of Disney. Lillian made “The Walt Disney Concert Hall” in his memory. In this way, Walt Disney’s love story beyond Mickey Mouse stayed in our memory.