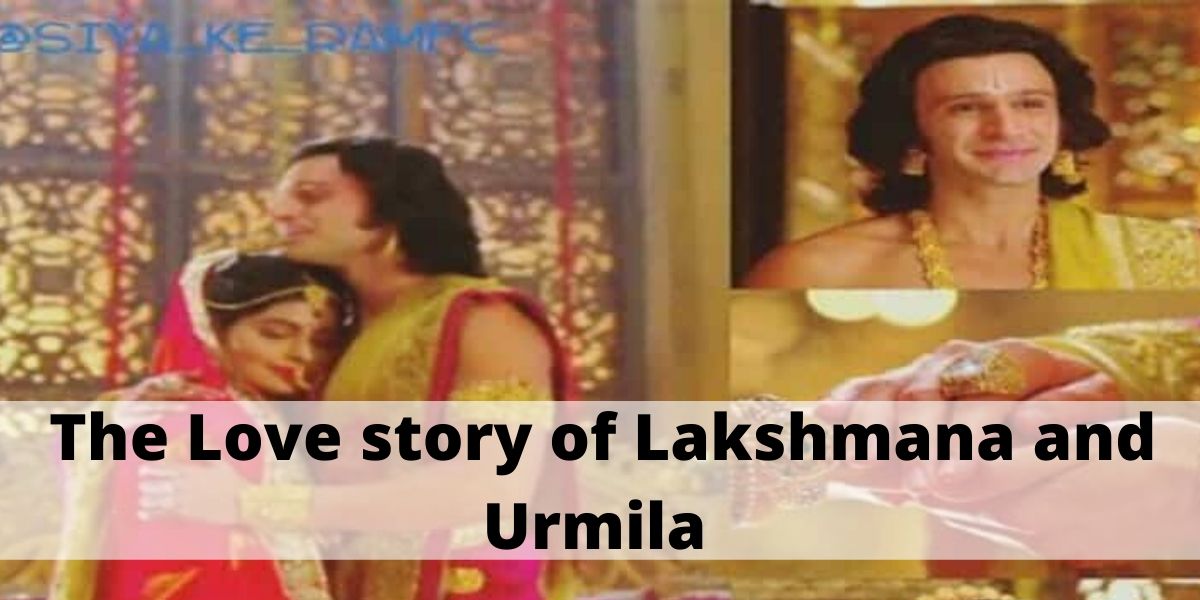 We have grown up listening to Ramayana from our grandparents, parents to seeing role plays, television and animated versions of Ramayana in our lives. All of us listened and fallen in the love story of Ram and Sita. We have seen every emotion from the love of brothers, sacrifices of son, stone heart of a mother. But have you ever noticed the unseen and undescribed love of Lakshmana and Urmila in the Ramayana? Let us read Lakshmana-Urmila love story.

Love stories are always special, however, some love stories get famous, some remain untouched but their beauty and purity is something beyond words.

Let’s meet at Urmila and Lakshmana. Urmila is the biological daughter of Raja Janak and queen Sunanya. She is the younger sister of Sita. Whereas Lakshmana is the younger brother of Shri Ram who is sons of Raja Dashrath, the king of Ayodhya.

Sita is married to Shri Ram after he broke the bow and won in a competition to marry Sita. After knowing, king Dashratha has four sons, Raja Janak married all her four daughters to his four sons. That’s how Urmila married to Lakshman.

We all know the sacrifices of Sita and she is the inspiration of every woman because of her heart touching character in Ramayana.

But her sister Urmila is also the shadow of Sita. She has also sacrificed all her 14 years like the Sita becoming the ideal women.

Manthra poisoned kaikaiy invoking the promises King Dasharath owed her and she demanded that Ram and Sita go into the jungle for 14-year Vanavas(exile).

Dashrath acquiesced to the queen’s demand after a lot of time and tantrums. Rama and Sita convinced him to let them go and crown Bharta as king of Ayodhya. Bharat was the younger brother of Rama.

There is extreme love between the brothers, Bharata agreed to be as king of Ayodhya but didn’t accept the rituals whereas Lakshman fulfilled his dharma as being a brother.

He is a man of his words. He decided to go with his brother and sister in law, Ram and Sita to look out and take care of the day and night.

Also Read: Destiny put it all together: love story of divyanka tripathi and vivek dahiya

Lakshmana is going to exile for 14-years. He chooses his duty and responsibilities towards his brother and sister in law. Saying goodbye to her beloved wife, Urmila.

Urmila too asked to come, but he refused. Lakshmana wanted her to take care of the royal households and completing their responsibilities towards the rest of the family by staying here.

He wanted her help, perhaps in some other way. Lakshman tells her that he is intended to not to sleep and watch out and guard the Ram and Sita all day and night. Urmila understood her husband’s views and watched her husband leave with Rama and Sita.

You Have to Sleep: Goddess of Sleep

Lakshman’s words are like the line on the stone. He watches out and guarded the Ram and Sita all day and night without sight of sleeping. On one such night, Goddess of sleep approaches him.

She asked Lakshman to consider sleep and relieve himself from self-imposed duty. Lakshmana please her to ask her to his wife, Urmila to sleep on behalf of him.

Goddess is impressed by his undying loyalty towards his brother. She granted him the boon on the condition that someone else has to sleep for 14 years to balance out his sleep. Lakshmana asked Urmila for help.

I Will Sleep For You: Urmila

Urmila gladly accepts to sleep for 14 years on behalf of Lakshmana. She didn’t wake up even once in 14 years. Urmila fulfilled her promise that she took while marrying to Lakshman that she will be always by his side and help him whether it’s sorrow or joy.

And proved her love for Lakshman without saying any words but with her actions. She became a safeguard for her husband and help him to carry on his duty.

Because of her, Lakshmana stayed awake and defeated sleep. Lakshman was able to defeat the Megnath just because of Urmila. Meghanath had a boon that he can only be killed by the man who has not slept for years. In this way, Urmila had an immense role in the victory of Lakshman and Ram.

Knock-knock!! Come out. The story is over. Did you also got lost in the mesmerizing love story of Lakshmana and Urmila??. How someone can get over this lovely love story.

Which is so ancient but still make us fall in love and remind us that love comes with lots of promises and loyalty. Lakshmana urmila love story is inspiring and true.