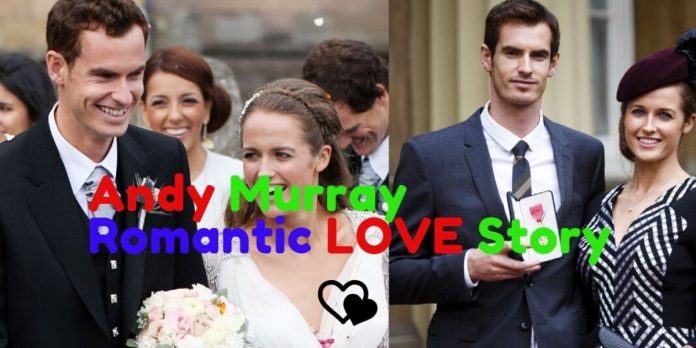 Andy Murray is a world-famous tennis player born in Scotland in 1987. Murray is the only player in Britain to win Wimbledon twice. Although Andy has won many tournaments and championships. Like Wimbledon, ATP World Tour & Davis Cup. In fact, with so many wins and achievements. Andy has won in his love life also. He has begun his career in tennis in 2005. Soon Andy holds rank 64 & named the BBC Scotland sports personality of the year. Murray has also love life. So, below is Andy Murray love life, tennis and wife.

It was 2005 when Andy started playing tennis as a beginner. He met his player turned coach Nigel Sears in 20005. Then the situation was like tennis and love at first sight moment for Andy together.

Murray started dating the daughter of his coach Kim Searsin in 2005. Andy and Kim first met at a US Open party. Although the pair kept their love life very private. But after winning the SAP Open in San Jose, California. Andy expressed his love for Kim publicly in 2006.

The couple shared a first public kiss in 20006. Then Andy talked about Kim’s presence in his life. Then Kim started appearing in Andy’s tournament. She loves watching Andy playing on the court. In fact, since then Kim present in almost each and every tournament of Andy. And for Andy, the presence of Kim gives him a reason to win the match.

After winning Wimbledon in 2013 Andy gave his country a gift to celebrate.And dating for 9 years the happy couple Andy-Kim decided to engagement. Then the duo did engagement in 2014. And gave his fan one more reason to celebrate.

Finally after many winnings in tennis and heart winning of Kim. Andy and Kim decided to give their relationship a new dimension. The love birds decided to marry. And on 11 April 2015, the pair tied the knot of marriage. They married in a private ceremony at Dunblane Cathedral.

Kim and Murray received their first love gift as a daughter. Murray’s first daughter Sophia was born in February 2016. Whereas his second daughter Edie in November 2017. And in this way, Andy-Kim’s love life became a great example for lovers across the world. So, this was Andy Murray love life, tennis and wife story.