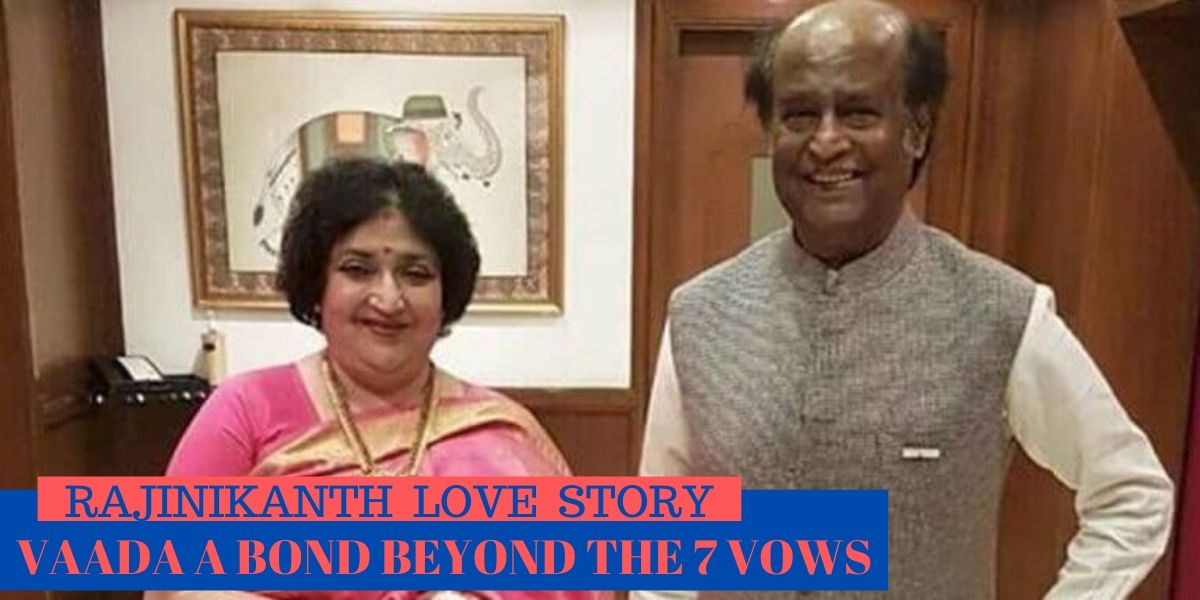 His mass among the masses is just phenomenal. A man who has marked a huge presence for himself in the Indian film industry. A personality, who has a great influence in the country and all around the world. Thalaiva, Superstar, Megastar are just some of the titles that his fans have given him. Yes, we are talking about none other than the veteran actor of South Indian Cinema, Rajinikanth Love Story.

Known for his simplicity and humbleness, the actor has struggled a lot to attain the name and the current fan base.

Before his big break in the Kollywood industry, Rajinikanth acted in plays and worked for the Bangalore transport service as a bus conductor.

His debut film in 1975 (Apoorva Raagangal), was a great hit. In 1980, after attaining the fame and during the shoot of his second movie Thillu Mullu.

Love at first sight for Rajinikanth

He received a request for an interview for a college magazine. Rajinikanth very sweetly obliged.

After few hours, he saw this beautiful woman standing in front of him, Latha Rangachari. He fell in love for her. As their conversation started.

They came across a Bangalore connect, which provided a common platform for the two to kick-off the interview.

And soon Latha realised how comfortable she was talking to this man despite his superstardom.

Little did she know that he would be proposing her by the end of the interview (Yes, that’s how Thalaiva won his girl).

In a moment or two, it dawned on him that he had finally found a soulmate in her. This thought kept lingering at the back of his mind throughout the interview. And he didn’t want to let go of this opportunity.

As they came to the end of the interview, Rajinikanth very casually put forth his proposal and asked Latha if she would marry him.

Yes, Latha was left surprised but to our amazement, she smiled and asked him to talk to her parents first!

The moment just sealed the bond of this soon-to-be-life partners. They knew that their bond was too strong, which would hold them together, forever.

Although Rajinikanth did not meet her parents immediately, he requested her to stay in touch, to which Latha readily agreed.

After a few days, Rajinikanth, with the help of his colleagues from the film industry. Approached Latha’s parents, seeking permission for marriage with a promise to keep their daughter happy forever.

Despite his nervousness, he seemed bold on the outside, and it came as a sense of immense relief and joy when Latha’s parents agreed to their marriage.

The couple, with the blessings of both their families happily wedded on 26th February 1981.

36 years of togetherness, and they still remain to be one of the most admirable Jodis in the film industry.

Latha has always managed to give unconditional love and support to Rajinikanth at every phase of life, and always stuck by his side.

Now, we all know that Latha- Rajinikanth’s was a simple, yet rock solid love story of that time, proving that love at first sight does wonders! Rajinikanth love story is awesome.