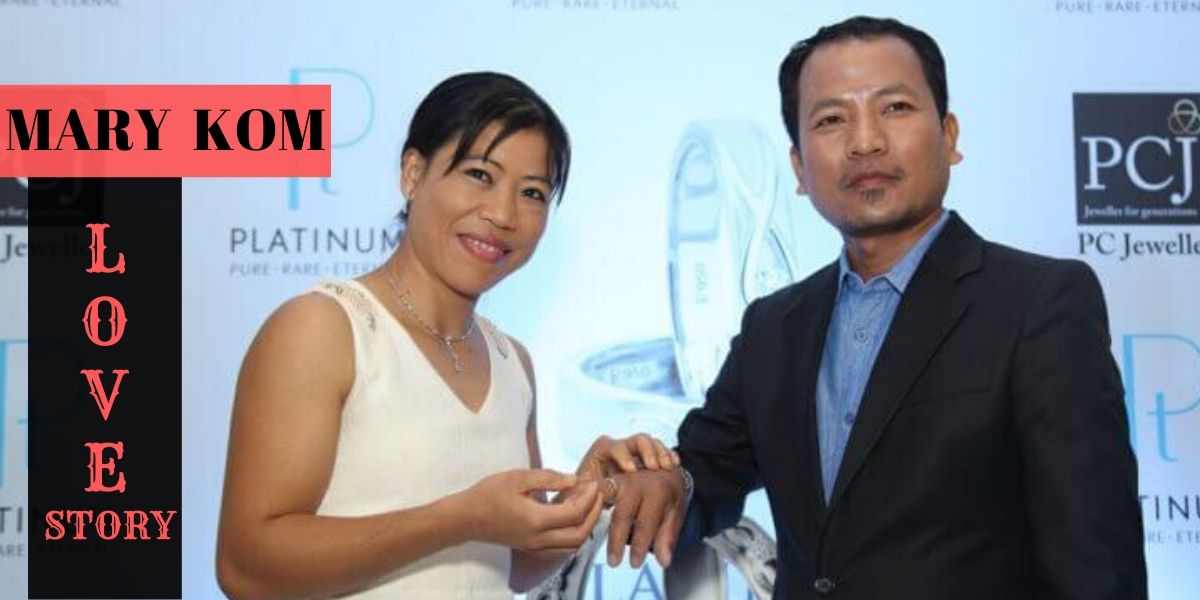 Mary Kom is a sensation in India, a nation representative in sports and a loving and caring mother. People know a lot about her professional life but there are only a few who had the chance to know about her personal life. So today we will share Mary Kom love story

Let’s go to the beginning and dig out the simple and sweet love story of Mary Kom and her husband Onler Karong.

Onler was the head of North-East students body in Delhi, when he first met Mary.

Mary was a wreck at that time. Mary was traveling from Manipur to Delhi to realise her dream. But she didn’t know her dream would turn into a nightmare so soon.

It was 2000 when Mary Kom was going to Delhi from Manipur. On the train she was robbed of her belongings in the train.Her suitcase, which contained all her money, her passport and other valuable things got stolen. She was heartbroken.

Being form an economical backwards family she had already faced a lot of difficulties in life. And now when her good times were about to begin, fate pulled in another awful trick.

Onler Karong came into Mary life to rescue her

She was sad and lonely in the new city, with no money and nowhere to go.Onler being a representative of North-East students body came to her rescue.

He helped her with everything, from passport to home cooked meals. For anything that Mary needed she would turn to him and would be there, ready to help.

Onler did this selflessly, he just wanted Mary to achieve her dream and be happy.

But there was always a question in his mind. ‘Why am I doing this?’

This question bothered him for long, and finally he accepted that there can be only one answer. He was in love with Mary.

He always felt this strange connection between her and Mary which always pulled him towards her, like an invisible force.

This grew to the extent that finally in the year 2005, Onler Karong and MC Mary Kom got married.

Onler describes Mary as a simple and beautiful person, a loving wife and an amazing mother.

Apart from being an international level Boxer and having won medals for her incredible performances. She is a great housekeeper also.

The couple try to spend as much time as possible with each other.

Mary being a sportsperson is unable to give much of her time to her kids, wherever she is gone Onler is there to take care of the kids.

This simple act just proves that Mary and Onler were not made to be equal, but they were made to complete each other. This is how the equation of relationship stays balanced.