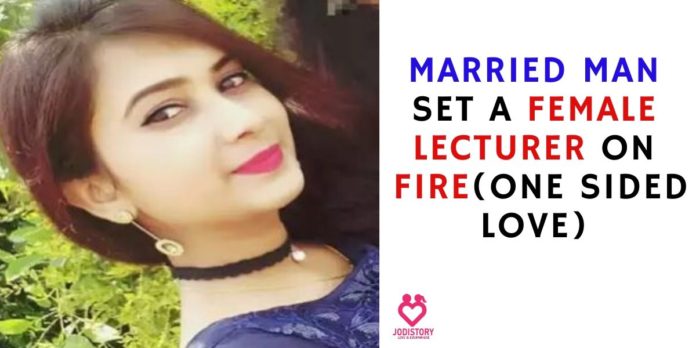 Bikesh Nagrale is a married man of 27 years old. He has set a female lecturer Ankita Pisudde 25years on fire. The incident took place on Monday, the Hinghanghat district in Vidarbha, Maharashtra. As mentioned in timesofindia.

30% to 40% body of the victim has burnt. She is fighting between life and death at Orange City Hospital, Nagpur. The incident took place with Ankita. When she was on the way to Matoshree Ashatai kumawar Mahila Vidyalay.

She is a lecturer in this Vidyalaya. Bikesh came on her way. Stopped his bike and without any fear put kerosene on Ankita.

Without wasting time he ablaze her and fled away instantly. By the way, Wardha police caught Nagrale & put him on police custody. Police registered a case of attempt to murder on him.

Doctor of Orange City Hospital said that Ankita condition is critical. Face, neck, Skull, burnt very badly and affecting the respiratory system. Well, the police are trying to investigate. Whether the reason behind harming Ankita is one-sided love or anything else.