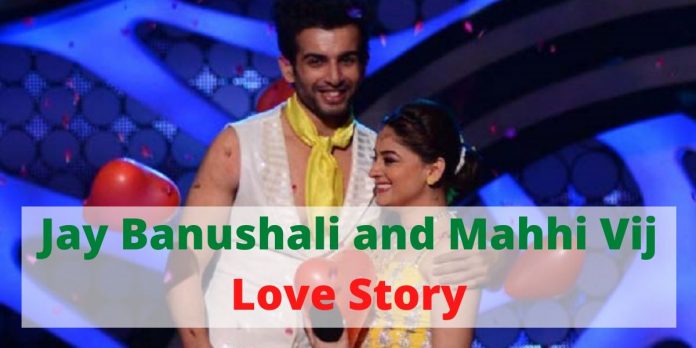 The Nach Baliye 5 Winner Jodi’s who created the sizzling chemistry on screen share the same love chemistry in real life as well. For those who don’t know about it, Jay Banushali and Mahhi Vij are the happily married couple among the TV celebrities in real life as well. Today you are going to read Mahi Vij & Jay Bhanushali love story.

Jay Banushali and Mahhi Vij charming couple met during one of their friend’s parties. But nothing raised then.

It all began when they met again at a pub after another year. Even though Jay had feelings for Mahhi, she never responded. They initially became friends.

Jay Banushali and Mahhi Vij got married on the 11th of November 2011. But it occurred in a very confidential ceremony. The revelation of the marriage was revealed.

When they made a public appearance together. Mahhi was wearing the mangalsutra on her neck. It was disclosed in February 2012.

It was court marriage of Mahi Vij & Jay Bhanushali

Jay Banushali and Mahhi Vij had a court marriage. And was not a planned one. And they are emotional about it as well.

During one of the episodes in Nach Baliye Season 5, they opened up about it. And Jay made sure that he would marry her again in a proper ceremony on their 25th anniversary.

Jay Banushali and Mahhi Vij got married again in a church in Las Vegas. It occurred all of a sudden without the presence of any family, relatives or friends.

Jay Banushali and Mahhi Vij happily married ever since. The couple has adopted the kids of their helper and has planned to raise them as their own. How adorable Mahi Vij & Jay Bhanushali love story is.