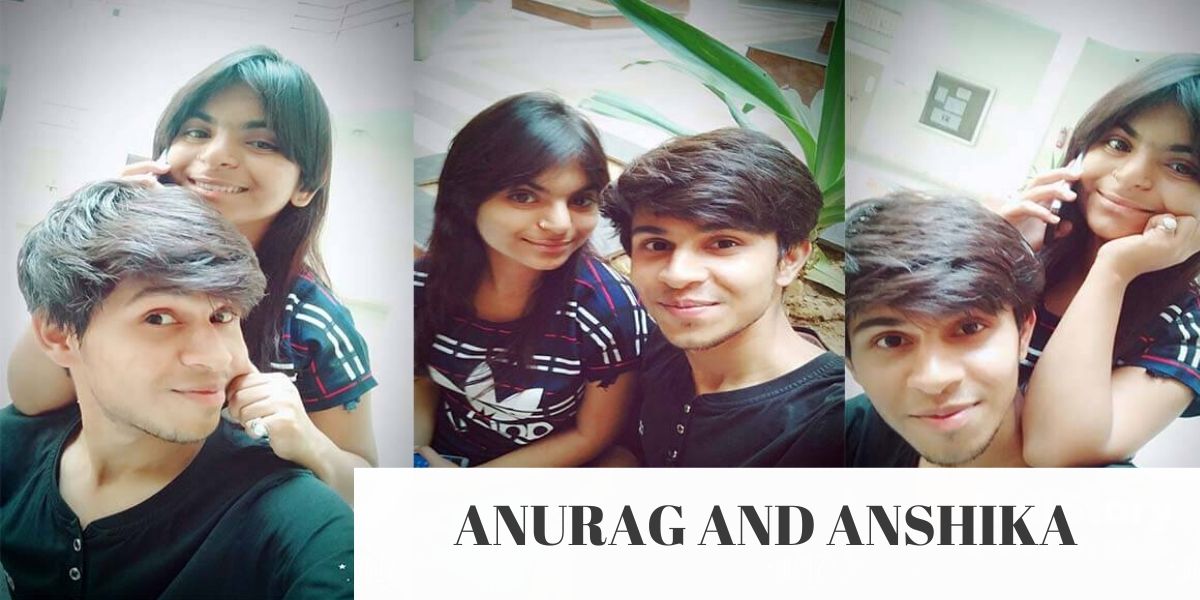 Remember your college days- that hostel life, those early morning lectures which made you miss your breakfast, those assignment deadline, that horrible food of the mess and that romantic ‘ROMEO AND JULIET’ couple of the class. This is the story of one such romantic couple who began their journey in the four walls of their classroom.

Story begins in the classroom of MANGALAYATAN UNIVERSITY, Aligarh, year 2016. It was the beginning of the session, new kids were rushing in, and amongst these were two students- Anurag and Anshika. Anurag is from Agra and Anshika hails from Kanpur. It was just the beginning, of course they were having a hard time adjusting in the new city, they didn’t have much contact in Aligarh. They were on their own, away from home, surviving in an unknown city.

In today’s time Facebook has been the Cupid for many, in this case as well Facebook was the mediator. Anshika had sent him a friend request on Facebook, but he didn’t accept it for 7 days. Anurag says:

Turns out Anshika was worth. Anurag had noticed her enough during class already and was flattered by her sweet voice, kind gesture and the phenomenal way in which she represented herself. Soon, they started chatting on Facebook, helping out each other in studies and homework and eventually they became each other’s support pillar in this “New College World” and this “New City”. Feelings were developing gently, but nobody was ready to confess it just yet. Maybe they didn’t feel the need to, until a turning point came.

There was another girl in Anurag’s class who had developed strong feelings of affection for Anurag, who finally ended up proposing him. Although Anurag had no feelings, but this pinged Anshika and she realised that maybe it was time to take a step. Anshika asked Anurag to never to speak to that girl again.

Eventually things moved forward, Anshika would often ask him to sit with her during class as she didn’t have many companies. This was a big step, considering that in an entire row of about 50 women he used to be the only man, and he used to be there just to give company to her friend. They have teased enough for this. During one of their vacations Anshika invited him to visit Kanpur and meet her parents. Every went well and with time their feelings grew stronger and stronger for each other. Even then, non of them was ready to confess. Another turning point came.

Anurag being an open guy had many friends in college. One day, while he was in class he heard some guy bitch about Anshika. It was unbearable for him. It ended up in a fight. And in that moment he realised that he could, and he would, do anything for Anshika, anything to make her happy and smile as well as to protect her honour. When Anshika came to know about this incident, she was surprised.

But after this, between Anshika and Anurag, No questions were asked and no answers demanded. It was like they read through each other and understood each other feelings. There was consent in their silence.

The things that binds this couple together is their ability to understand and communicate and the fact that they don’t let adversities drive them apart. They stick with each other and fight through all odds.