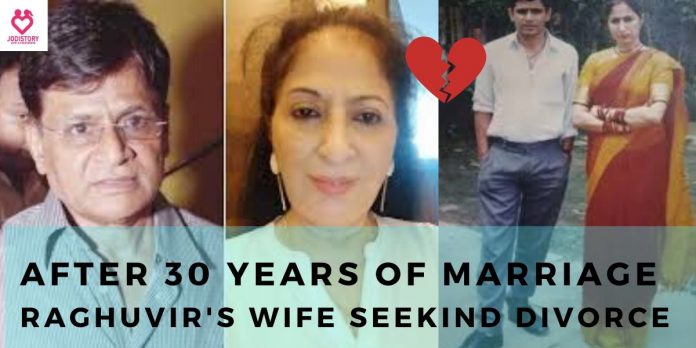 Renowned actor Raghubir Yadav’s wife Purnima Kharga has filed a divorce petition after 30 years of bitter marriage. Now she is demanding alimony of INR 10 crore according to Hindustantimes .

Purnima Kharga an international kathak Dancer has filed a petition for divorce in the Mumbai family court last week. She is a wife of famous Bollywood actor Raghubir Yadav.

Also read- OMG! Alia Bhatt is Confused When to Marry Ranbir Kapoor? Before Shooting or After…

She has filed a petition and seeking a maintenance allowance of Rs 10 crore along with divorce. Raghubir and Purnima together have a son. The son is living with his mother.

Now Raghubir is 70 years old and Purnima is 60 years old. After 7 years of marriage, they have been living separately. Purnima has claimed that for the sake of her husband’s career. She compromised with her international dancing career. She left her dancing career to support Raghubir.

But Raghubir has cheated her in a relationship. He had an affair ever after marrying Purnima. That is why she left him alone. And took the custody of the son.

The report has quoted the petition that states, “The petitioner(Purnima) state that it is the Respondents(Raghuvir) aforesaid conduct and behavior, his act of cheating and living in an adulterous relationship which has created a marital discord and is therefore guilty of treating the petitioner(Purnima) cruelly. Under these circumstances, the Petitioner submits that he is entitled to a Decree of Divorce u/s 13(1)0) and 130-a) of the Hindu Marriage Act.”