Virat Kohli, the captain of the Indian Cricket team recently got married to his lady love Anushka Sharma. Everyone went crazy after seeing the pictures from their dream wedding and reception.

After Virat Kohli, another Indian cricketer got married. People can’t keep their calm after seeing the pictures.
The two most popular things in the country are sports and cinema. Everyone wants to know about their favorite cricketer or Bollywood Celebrity. Still guessing who got married?

Krunal’s wife Pankhuri is a marketing executive in the board of films by profession. She is the daughter of a Mumbai-based businessman.

They both met through a common friend during a small gathering two years ago.

The duo started off as ‘just good friends’, gradually their friendship grew into love. He got infatuated by her.

Her simplicity and supportive nature is what attracted him. The duo dated for two years and then finally thought that they are the perfect life partners for each other.

Krunal proposed to her lady love when Mumbai Indians won the 2017 Indian Premiere League (IPL) and he was awarded the ‘man of the match’ trophy. He thought to himself that this is the right time and proposed to the love of his life. He got down on his knees with the ‘trophy’ in his hand rather than the usual ‘red rose’ and proposed. So romantic! Without a second thought, she said “YES”.

He said in an interview “I’m very happy that I’m marrying a girl who is more like a friend and understands me.”

Also Read:Love story of Sunny Leone and Daniel Weber: Love takes it all

They both tied the knot on December 27, 2017. The wedding took place at JW Marriott hotel in Mumbai followed by the reception with only a few close friends and family member. Sachin Tendulkar was also spotted at their wedding.

It seems like he loves doing things differently in his own way and style. He chose to come riding a bullet than the usual horse. How cool is that!
He says my first love will always be cricket and Pankhuri doesn’t watch games except the one Krunal is playing in.
The Indian cricket team has been very busy managing professional and personal lives.

With Krunal’s wedding, the wedding season is coming to a halt. As far the next big Indian cricket wedding is concerned the focus will now shift to Hardik .

We wish them good luck and happy married life. 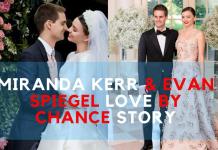